Teams off US Marines on remote bases could be re-supplied in the future with "disposable" unmanned gliders toting up to 454kg (1,000lb) of cargo each.

The Marine Corps Warfighting Laboratory awarded a contract to California-based Yates Electrospace Corp to test a series of unmanned gliders weighing between 227 and 454kg, the company says.

The autonomous cargo aircraft named Silver Arrow will complete a 12-month flight test with the service, the company says. 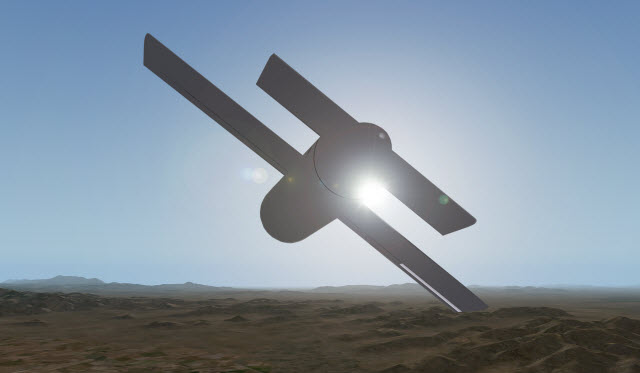 Yates has previously characterized its Silent Arrow UAV as an electric-powered UAV capable of hauling payloads up to 454kg.

“By removing the electric powertrain from our Silent Arrow product line, we will meet all performance requirements at unprecedented unit costs for such a capable air delivery asset,” says chief executive and founder Chip Yates.

The MCWL called for a disposable glider that could deploy from Lockheed Martin C-130, Bell Boeing MV-22 and Sikorsky CH-53 aircraft and deliver a payload of up to 317kg to within 45.7m (150ft) of the targeted delivery point.

Silent Arrow is part of a larger initiative the USMC and US Army are targeting, as the two services search for ways to lighten their expeditionary forces’ load.

During the 2017 AUVSI Xponential show, army and marine corps leaders expressed the need for aircraft that could take away the need to carry mission equipment and emergency resupply, from water bottles to packets of blood.

The army is exploring options through its joint tactical autonomous resupply system (JTARS), which calls for a midsize, unmanned cargo aircraft.

The glider version of the Silver Arrow is the latest in a series of am ambitious, electric-powered aircraft launched by the Los Angeles-based start-up.

Yates also plans to start flying next year a prototype for a nine-seat commuter aircraft with a hybrid-electric propulsion system. The company also has a design contract from another start-up -- Wright Electric -- for an electric-powered airliner capable of speeds up to 304kt (563km/h) for short-haul routes.