Embraer has delayed the certification for the KC-390 tanker-transport to the second half of 2017 and entry into service in 2018.

The disclosure in the company’s second quarter earnings statement represents a delay of up to two years for the military aircraft.

Embraer completed a highly-publicized first flight of the KC-390 in Gaviao Peixoto, Brazil, last February, but it is not clear if the aircraft has made any other flights.

The Embraer news release now says that the flight test campaign for the KC-390 will begin in the third quarter and last 18-24 months.

Embraer has not yet disclosed how the delay will affect the cost of the development phase. 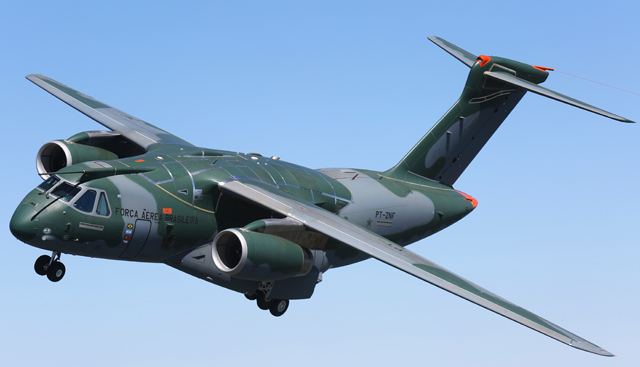 The KC-390 represents one of Embraer’s most ambitious technology development programmes, but that’s not what the company originally intended.

In 2006, Embraer had proposed a straightforward cargo derivative of the E-190 in response to possible interest from the Brazilian postal service.

But the Brazilian air force stepped in and demanded a new aircraft that could perform all the same missions as the C-130. That led to a clean-sheet design of Embraer’s largest aircraft developed to date.

The aircraft includes a fly-by-wire flight control system, which is the first to be integrated with a flight control computer by Embraer from the launch of the programme. It is also powered by a pair of International Aero Engines V2500s and features a Rockwell Collins ProLine Fusion avionics system.