Preliminary analysis of air traffic control transmissions indicate that the Emirates Boeing 777 involved in an accident at Dubai might have been attempting a missed approach at the time.

But shortly afterwards, the aircraft’s crew appears to state “straight ahead, 4000” – suggestive of confirming a missed approach procedure directing the aircraft to climb away on the runway heading to a height of 4,000ft.

However, the aircraft came down on the runway, sliding to a halt on its fuselage underside. An aircraft trailing the 777 – another Emirates service, EK565 – is told by air traffic control to execute a go-around.

Subsequent radio transmissions contain directions to emergency services, clearing vehicles to cross all runways in order to reach the aircraft.

None of the communication content, recorded on the LiveATC portal, has been formally confirmed by authorities. Nor is there any confirmation that the aircraft was attempting a missed approach.

Meteorological data from Dubai at 12:00, some 45min before the accident, contained a notification of windshear.

Flight EK521 had been inbound from the Indian city of Thiruvananthapuram. Although the 777 was destroyed in the accident, Emirates says that all passengers and crew evacuated safely. 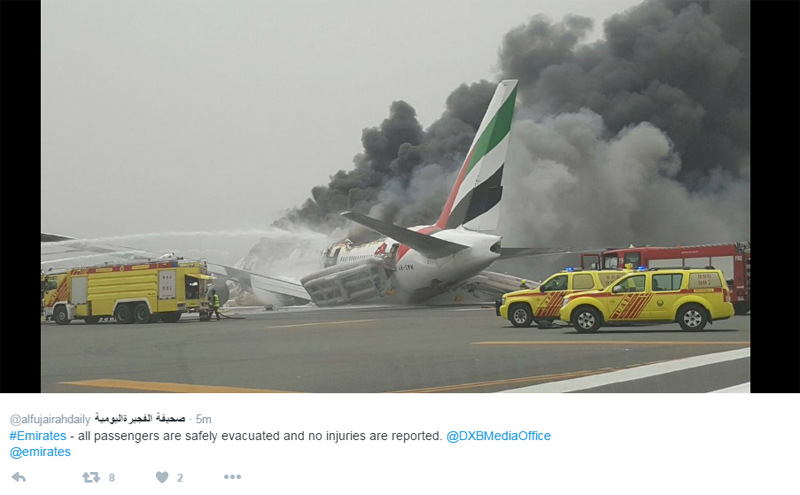