The US Marine Corps faces a new delay for Lockheed Martin F-35B entry into service if operating limitations caused by a recent engine problem cannot be limited by the end of September.

“I need the rest of the test airplanes back to full envelope by the end of this month, otherwise we will start seeing delays in future milestones that we haven’t pushed up against yet,” says Lt Gen Christopher Bogdan, chief of the Pentagon’s F-35 joint program office (JPO).

So far, six test aircraft are cleared to fly the full envelope, but 15 more require borescope inspections after every six flight hours, Bogdan says. Most of the 100-jet fleet still requires an engine inspection every 3-6h, depending on the variant.

Bogdan, speaking at the National Press Club in Washington DC, says the Department of Defense, Lockheed and engine manufacturer Pratt & Whitney knew from the programme’s outset that it would experience delays.

"We are going to have problems beyond this, there's no question," he adds. 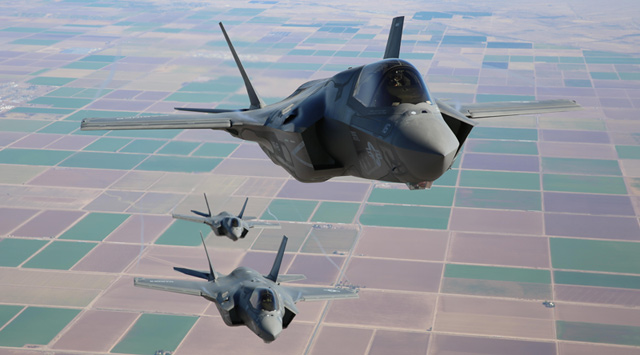 Testing on the Block 2B software required for the USMC’s F-35B in-service date was already four months late when a 23 June engine fire destroyed a US Air Force example of the combat aircraft. That four-month delay in software testing has already translated to five to six months of potential delays for the interim Block 3I software – and the final Block 3F software has even less margin, he says.

Bogdan says the root cause of the engine malfunction will be identified by the end of September. A final design for the fix is expected in late October, and P&W is already testing a possible fix. The JPO and engine supplier are looking at both the carbon-polymer lining and the titanium fan blade as the cause, but Bogdan says a defective part has been ruled out.

“We are looking at the metallurgy of the fan, too, because we just didn’t expect it to heat up that much,” Bogdan says

It is suspected that the fan blade began cracking three weeks before the fire during a complex manoeuvre in which the pilot put roll, yaw and g-forces on the aircraft simultaneously.