Rolls-Royce is taking a £459 million ($591 million) charge provision to recognise that some future Trent 1000 TEN contracts will become loss-making as a result of margins being affected by the blade issues affecting the engine.

The engine manufacturer says the situation affects a “small number” of contracts, the result of increased costs associated with its revised estimate of high-pressure turbine blade durability on the powerplant, which is installed on Boeing 787s.

Its provision for the losses is part of a broader £658 million exceptional charge relating to the TEN which, in turn, is part of an overall charge of £1.36 billion taken for the Trent 1000 programme, the remaining £703 million of which is linked to costs for remedial shop visits and disruption payments.

But Rolls-Royce insists it is making “good progress” on resolving the Trent 1000 issues which continue to burden the manufacturer.

It has designed eight of the nine component fixes required, seven of which have been certified.

The fix to the intermediate-pressure turbine is fitted to almost the entire in-service fleet, across all the Trent 1000 engine variants.

Its revised intermediate compressor has been fitted to more than half of ‘Package C’ variants and been certified for the TEN, with ‘Package B’ planned for the second half of this year.

Revised high-pressure turbine blades have been introduced into nearly 50% of Package B and C variants. Design work for the TEN blade continues to “progress well”, says Rolls-Royce, which expects certification in the first half of 2021. 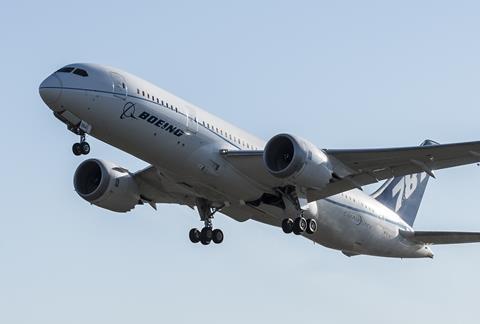 Over the first two months of this year the company has cut the number of aircraft on ground to the mid-30s – down from 42 in the second half of 2019 – and is aiming to increase spare engine availability as well as maintenance capacity to bring the figure down to fewer than 10 by the end of the first half of 2020.

Rolls-Royce estimates in-service cash costs across all Trent 1000 variants will reach £2.4 billion over 2017-23, and it incurred £578 million of such costs last year – partly offset by £173 million from insurance.

It is expecting cash costs for the Trent 1000 to be around £450-£550 million this year and a similar level in 2021, before declining substantially afterwards.

“These primarily comprise the cost of replacing affected parts as well as customer disruption-related compensation,” it says.

Returning the Trent 1000 fleet to full capability remained the company’s “top priority” for 2019, and it acknowledges that “much more work remains to be done” this year.

Rolls-Royce chief executive Warren East says there is “no denying” that the Trent 1000 situation “weighed heavily” on the company’s full-year financial performance, as the exceptional £1.36 billion charge contributed to an operating loss of £852 million for the company as a whole – an improvement on the previous £1.16 billion loss.

East says the company is making a “significant investment” this year to increase maintenance capacity and provide a near-50% increase in the Trent 1000 spare engine pool, adding that customers and investors have been given “greater certainty” and “clarity” over the programme.

“Our focus is now on executing the clear plan we have to reduce aircraft-on-ground and return the fleet to the level of service which our customers expect,” he states.