The bulletin, which was released during the week of 9 April, follows an incident aboard a 737 in 2016, says Hart without specifying the incident during a quarterly earnings call today.

United has already begun inspections and plans to "comply fully" with the service bulletin, adds chief executive Oscar Munoz during the call.

The comments come a day after a passenger died aboard a Southwest Airlines Boeing 737-700 when a CFM56-7B engine failed inflight with shrapnel puncturing both the fuselage and wing of the aircraft. The flight, Southwest 1380, enroute to Dallas Love Field from New York LaGuardia landed safely at Philadelphia International airport.

The National Transportation Safety Board (NTSB) said on 17 April that a preliminary inspection found signs of metal fatigue where a fan blade separated from the engine. 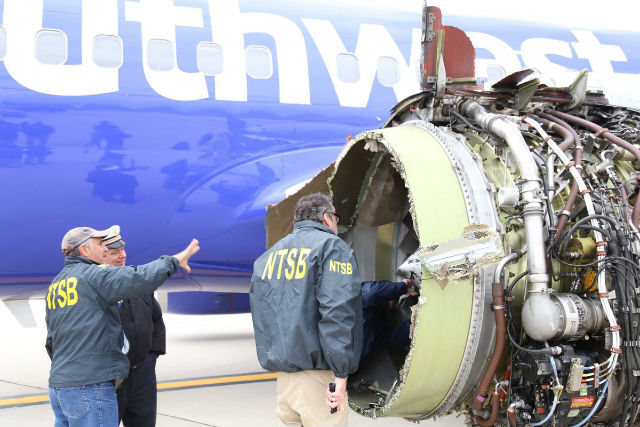 A similar incident occurred in August 2016 when another Southwest 737-700 with CFM56 engines suffered a fan blade separation, forcing an emergency landing in Pensacola.

The death aboard Southwest 1380 is the first passenger death onboard a US passenger carrier since 2009, and the first ever for the Dallas-based airline.