Boeing leveraged retired Lockheed Martin F-16As and C’s to create the unmanned QF-16, which can be flown with a pilot during training or as an unmanned target for live missile testing. The FSAT also maintains all of the F-16’s characteristics and payload capacity, including high-G maneuvering and electronic attack.

In an effort to better simulate air superiority threats, the Defense Department is replacing the the McDonnnell Douglas QF-4 Phantom with the QF-16.

Fifteen QF-16s will be available for target operations at Tyndall Air Force Base, Florida, according to the USAF. The 82nd Aerial Target Squadron received its first QF-16 in 2014 and will continue to transition from the legacy model over the coming months, the USAF says. The Phantom flew its last mission in August and will be retired this December.

In its latest report on the QF-16, the Defense Department’s Office of Test and Evaluation noted deficiencies still exist that prevent the target drone from meeting its mean time between failure requirements. However, the deficiencies do not have have a significant operational impact and the programme is not required to meet the MTBF requirements until the QF-16 reaches full operational capability, the report states. 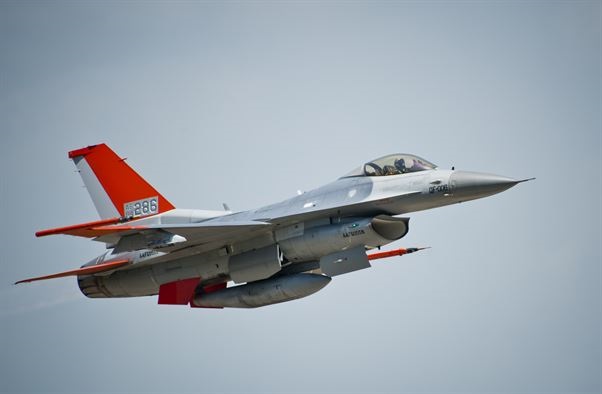