The US Air Force has decided against funding a readily available technology that is supposed to prevent crashes like the one that recently killed a Lockheed Martin test pilot flying an F-22 Raptor.

David Cooley appeared to be momentarily incapacitated - but perhaps not unconscious - for 4s after completing a test point while manoeuvring at Mach 1.6 over Edwards AFB in California, a USAF accident investigation board reported on 31 July.

Cooley's slight pause was long enough to put the aircraft into an unrecoverable situation, diving through 14,000ft (4,270m) at M1.4 with the nose pointed almost directly at the ground, the board reports. "Within seconds, he found himself in an unrecoverable aircraft attitude," it says. 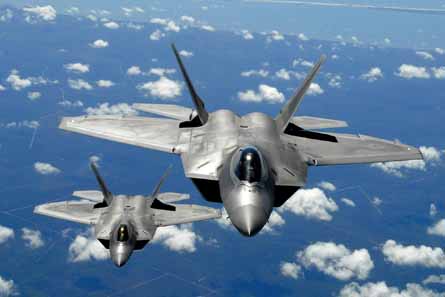 The board's investigation determined there was no fault with the performance of the aircraft or how it was maintained. Rather, it attributed the accident to an "almost g-induced loss of consciousness" (A-LOC) suffered by the pilot.

The USAF said in 2007 that the Auto-GCAS system works by taking over the controls if the pilot comes within 1.5s of entering an unrecoverable state and makes no attempt to correct the problem.

As of August 2007, the system was available to be integrated on the F-22, F-16 or F-35 Joint Strike Fighter - all fly-by-wire types designed by Lockheed, the USAF said. If implemented, it said, the Auto-GCAS system could prevent 130 G-LOC-related crashes over the life of the fighter fleet.

However, the Air Combat Command confirms that the USAF has decided since 2007 not to fund the Auto-GCAS upgrade for any of its fighters. It did not explain immediately why the funding had not materialised, despite its previous attempts to promote the system.

It is not clear whether the Auto-GCAS system would have prevented the 25 March F-22 crash. The USAF says it is possible that such a system would have been turned off during Cooley's flight to prevent it from interfering with the deliberately risky, high-g test manoeuvre.