The cost of operating the Lockheed Martin F-35A has come down 37.6% compared to last year and is now $17,000 cheaper to fly per hour than its fifth-generation cousin, the Lockheed F-22 Raptor.

According to air force cost-per-flight-hour (CPFH) data obtained by Flightglobal, the conventional takeoff and landing F-35 cost $42,200 to operate per hour in fiscal year 2015 compared to $67.5 in 2014 and achieved a 68.6% mission-capable rate as the fleet grew to 51 aircraft.

The director of operational test and evaluation reported this week that F-35As located at Hill AFB maintain the highest aircraft availability rate, averaging 80% followed by F-35Cs at Eglin AFB at 79% — compared to the Lightning II fleet-wide average of 51%. 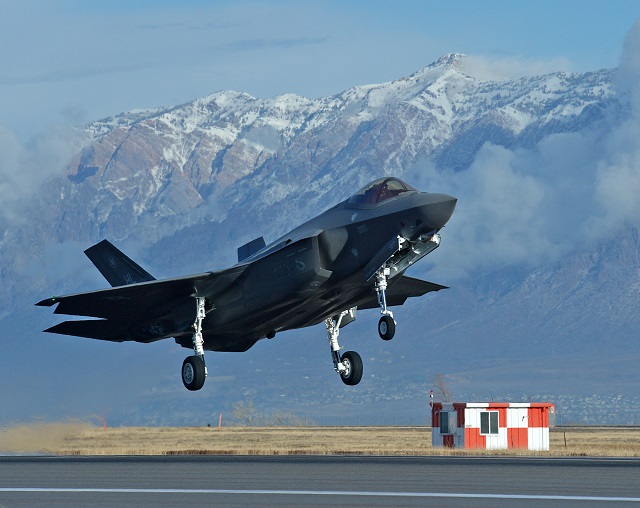 The air force gets its CPFH numbers, dated 26 January, by dividing the of operating and sustainment cost of an aircraft by the number of hours flown to predict future funding allocations.

Northrop Grumman’s RQ-4B survived termination in part by dramatically lowering its CPFH in 2013 and 2014, according to company and air force officials. Its flight-hour costs came down 5.7% in 2015 to $14,030 with 31 aircraft in the inventory.

The aircraft’s 32 manned rivals, the Lockheed U-2S fleet, experienced a 5.9% increase in flight-hour costs and maintained a 68% mission-capable rate compared to the Global Hawk’s 78%.

The air force data shows the service maintaining fighter force of 1,660 aircraft including twin-seat trainers with an average cost of $34,000 per flight hour – the cheapest being the F-16C with a mission-ready rate of 73%, and most expensive being the stealthy, supermanoeuvrable F-22A (67%).

According to a tally of the air force data, the average mission capable rate stands at 77%, with the worst being the WC-135 Constant Phoenix, which can detect and analyse nuclear tests, at 8.2%. The readiest was the 23 twin-turbofan-powered C-21As at 100%.

The air force’s 5,117 aircraft are an average of 27 years old, most having entered service before Operation Desert Strom.