Bernard Ziegler is an aeronautical engineer and test pilot who retired in 1997, when he was senior vice-president engineering at Airbus. At retirement he had served that company for 25 years since joining in 1972 as chief test pilot.

Engineering, and particularly Airbus, was in Ziegler's blood. His father, Henri Ziegler, was the first chief executive officer at Airbus Industrie after it was founded in 1969. Father and son both also served as pilots in the French air force.

Ziegler is perhaps best known as the evangelist for fly-by-wire and flight envelope protection at Airbus. This was the revolutionary technical difference that, from the A320 series onward, more than any other factor distinguished Airbus products from those of Boeing Commercial Airplanes, McDonnell Douglas and Lockheed. From his fast-jet military service, Ziegler brought with him an appreciation of FBW's potential, reinforced by his father's experience heading Sud Aviation when it was working with the British Aircraft Corporation on Concorde - the world's first FBW airliner, even if its computers were analogue.

Not only was Ziegler passionate about flight envelope protection, he also transformed the man-machine interface by influencing cockpit redesign from the A310 onward. The A310, with its Forward-Facing Crew Cockpit designed according to the "dark, quiet cockpit" philosophy, was the first widebody devised from the outset to operate without a flight engineer. It had no FE station, the systems were largely automated and all the system controls were on the overhead panel, reachable by the pilots. When a system was on, the light in the associated switches extinguished, so that any non-operating or failed system would immediately be conspicuous.

The A320 cockpit was even more revolutionary, although it carried through the FFCC/DQC design characteristics. It had sidestick controls for the pilots, and integrated displays both for flight information and engines/systems information, including the fundamentally new electronic centralised aircraft monitor (ECAM), which automatically delivered systems information graphically according to flight phase priorities, but any information was also selectable by the pilots.

He was born on 12 March, 1933 in Boulogne sur Seine, studied from 1954 at the Ecole Polytechnique and then trained as an air force pilot at the Ecole de l'Air, from which he graduated as a fast-jet pilot. Having served in the Algerian war, in 1961 Ziegler extended his studies, first at the Ecole Nationale Supérieure de l'Aéronautique et de l'Espace, and then at the Ecole du Personnel Navigant d'Essais et de la Réception (EPNER) - the French test pilots' school. By 1968 he was promoted to chief test pilot for the Dassault Mirage G, an advanced swing-wing multirole combat aircraft. From Dassault he went to Airbus as chief test pilot, and over the years progressed to senior vice-president flight and support, then to SVP engineering.

A deeply passionate man, Ziegler had a reputation for getting Airbus into trouble because of his impatience with the press when journalists directed sceptical questions to him, particularly about FBW. 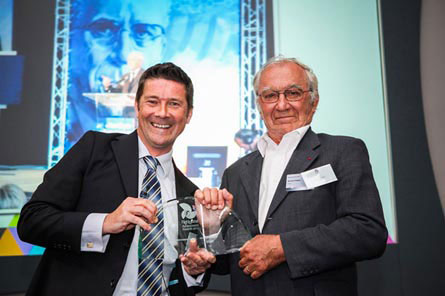