The Iraqi air force has received its first four Lockheed Martin F-16s and a much-needed morale boost following a deadly crash that left one pilot dead in Arizona and the accidental bombing of a residential suburb in Baghdad earlier this month.

Iraq’s defence ministry announced on its website on 13 July that the four aircraft had landed at Balad air base, located about 80km north of the nation’s capital.

The first aircraft had been due to arrive last September, until the Islamic State militant group over-ran large parts of the country. Instead, the fighters were diverted to the US Air Force’s international F-16 schoolhouse at Tucson International airport in Arizona to support pilot training. 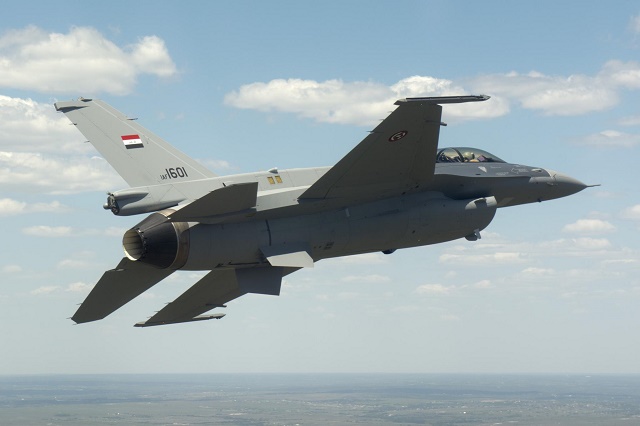 Under a $6.5 billion deal, the Iraqi government was to receive 36 fully-equipped F-16IQs (now 35, minus the destroyed jet) along with a large order of bombs, missiles and support equipment.

The equipment is fully paid for by the Iraqi government through the US Foreign Military Sales process and involves the transport of more than 4,000t of equipment to Balad air base; known as Joint Base Balad or Logistics Support Area Anaconda during the Iraq War.

Iraq's first F-16 rolled off the Lockheed assembly line at Fort Worth in Texas last June, but the complex support apparatus needed at Balad was not ready or secure enough for a September 2014 delivery.

The F-16’s arrival comes just weeks after an Iraqi F-16 crashed in Douglas, Arizona on a night-time training mission, killing its pilot. Earlier this month, a Russian-made Sukhoi Su-25 operated by the Iraqi air force accidentally dropped a bomb on a neighbourhood in Baghdad, killing several people.