The first Gulfstream G550 converted to an airborne early warning and control system by Israel Aerospace Industries (IAI) has been delivered to the Italian air force.

The contract was signed in 2012 under a bilateral agreement between the Italian and Israeli governments, which also saw Tel Aviv select the Leonardo Aermacchi M-346 advanced trainer.

IAI was contracted to supply the Italian air force with two G550 conformal airborne early warning and control systems (CAEW), ground support systems and logistical support under a package totalling $750 million. The second of these aircraft will be delivered during 2017.

The new aircraft was accepted during a ceremony at IAI’s facilities in Israel, which was attended by the Italian ambassador, officials from Israel’s Directorate of Defense Research and Development, and representatives from the Italian air force. 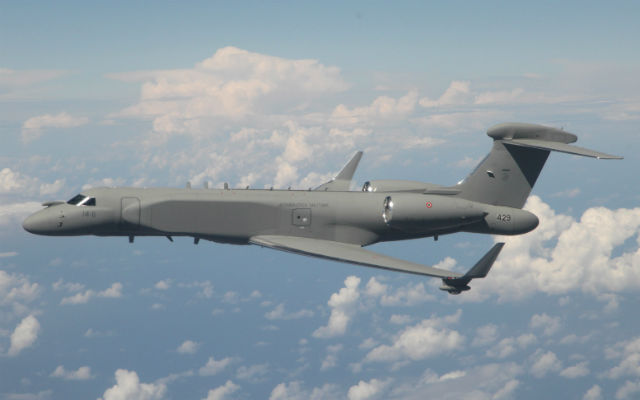 The Israeli air force is operating similar CAEW systems based on the G550 airframe, and IAI is offering the same configuration to other air forces, negotiations for which are at different phases.