Israel Aerospace Industries (IAI) has delivered the first Lockheed Martin C-130H to the Israeli air force, after performing an extensive refurbishment including replacing the transport's centre wingbox and wiring.

Two years ago, the Israeli air force selected IAI to replace the centre wingbox section on a number of C-130Hs, as part of a life extension programme for the variant.

IAI's Bedek Aviation Group completed work on the first aircraft and returned it to the service. It began working on the second example shortly after. In addition to replacing the centre wing section, scheduled maintenance was performed to cut down the overall grounding time. The aircraft's wiring documentation was also updated to meet international standards. 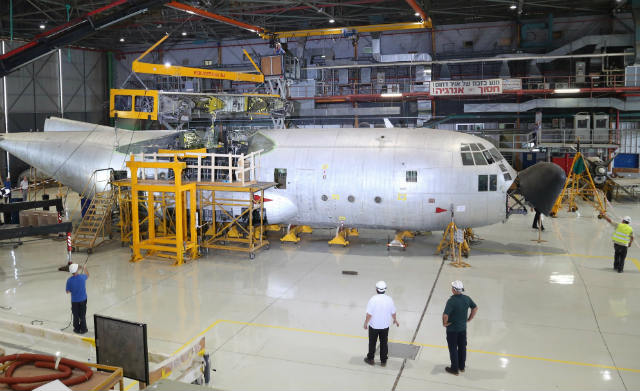 Air force test pilots carried out several test flights to assess a wide variety of aircraft flight modes and expressed satisfaction with the workmanship quality and overall performance of the aircraft.

The Israeli air force is reorganising its Hercules squadrons, as part of its preparations to deploy the new-generation C-130J. This process will result in the consolidation of its two existing C-130 squadrons, with its current "Elephants" unit to be absorbed into the "Knights of the yellow bird". The former will be re-equipped with the C-130J "Samson".

Aircraft retained with the "Knights of the yellow bird" unit will be those that have been upgraded in recent years, including the H-models that are now being upgraded by Bedek. Israel has 18 C-130E/Hs, with the older E-version aircraft to be phased out.

In June, Lockheed delivered the first Israeli C-130J in the USA, with the aircraft planned to arrive in the customer nation in early 2014. The air force is currently on contract to receive three of the type, while it has also made a formal request to acquire another three. The aircraft has a three-crew cockpit configuration, and will be modified for the future installation of some Israeli systems.