The first of two Gulfstream G550 business jets for the Italian air force has arrived at Israel Aerospace Industries’ facilities, ahead of reconfiguration into an airborne early warning and control (AEW&C) aircraft.

In 2012 the Israeli air force (IAF) selected the Leonardo M-346 for its advanced trainer requirement and, under the deal, Italy signed a contract to buy two G550s with an advanced AEW suit, similar to the one operated by the IAF.

The first G550 with the Elta AEW suite is expected to be delivered in 2020, and according to the contract, IAI will also supply an observation satellite to Telespazio.

The G550s have been modified and fitted by Gulfstream with the radomes to house the antennas of the Elta radar. The second aircraft to be modified is expected to arrive shortly. 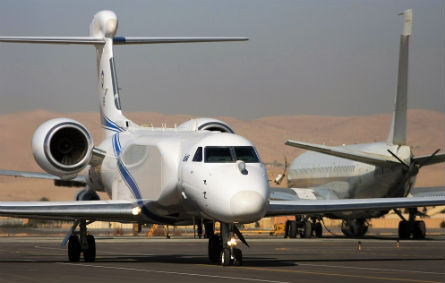 As reported by Flightglobal in 2014, the AEW aircraft to be supplied to Italy will have "special features" that are the result of operational experience gained by the IAF.

IAI has previously supplied G550-based AEW&C aircraft to the air forces of Israel and Singapore, which operate a combined six of the model, according to Flightglobal's Fleets Analyzer database.