The Lockheed Martin F-35B has achieved initial operational capability with the US Marine Corps 14 years after the fifth-generation combat jet entered development and five years after its original IOC target of 2010.

The corps has decided that Marine Fighter Attack Squadron 121 (VMFA-121) based at Yuma, Arizona, is fit for combat with 10 battle-ready F-35Bs.

The Marines notified Congress of the decision 31 July and issued a statement announcing F-35B IOC. The decision comes after an operational readiness inspection earlier this month found that the “Green Knights” are fit to serve aboard serve aboard an amphibious carrier if called upon.

“VMFA-121 has 10 aircraft in the Block 2B configuration with the requisite performance envelope and weapons clearances, to include the training, sustainment capabilities, and infrastructure to deploy to an austere site or a ship,” Marine Commandant Gen Joseph Dunford said in the statement. 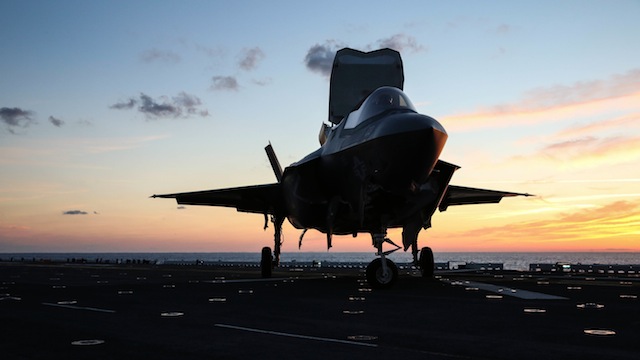 The corps intends to buy 353 of the short-takeoff-vertical-landing type and 67 carrier-launched F-35Cs to replace the AV-8B Harrier, F/A-18 Hornet and EA-6B Prowler.

“Prior to declaring IOC, we have conducted flight operations for seven weeks at sea aboard an L-class carrier, participated in multiple large force exercises, and executed a recent operational evaluation which included multiple live ordnance sorties,” says Dunford.

The announcement is a morale boost for the wider F-35 programme, which has seen its share of scandals, redesigns, cost overruns and schedule slips. The original target date for IOC was 2010, then 2012, and finally July 2015.

As officials will point out, the F-35 programme has not missed any major targets since its last rebaselining in 2010, and the declaration on the last day of July makes good on the Marine Corps’ pledge to meet its objective IOC date.

The initial combat-coded aircraft do not have every bell and whistle yet; only basic air-to-air and air-to-ground weaponry and correction still need to be made to the F-35’s sensor fusion algorithms. The full capabilities needed for the F-35 programme to complete the development phase will be rolled out in Block 3F in 2017.

Even though the Green Knights squadron is technically read to deploy, its first overseas rotation to Iwakuni, Japan isn’t planned until 2017. In the meantime, Marine Attack Squadron-211 (VMA-211) will begin trading in its old AV-8Bs for F-35s. Then, in 2018, VMFA-122 will transition from the F/A-18 Hornet to JSF. 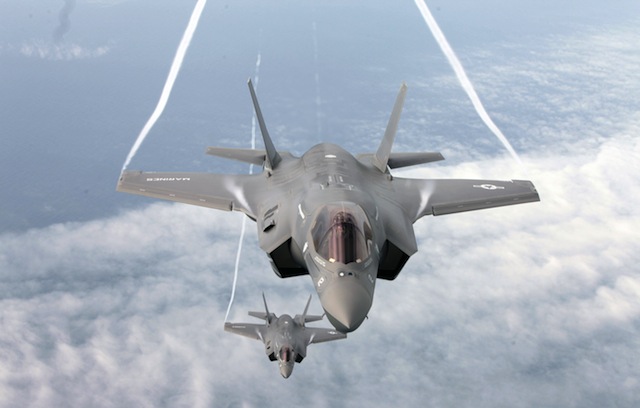 With the Marine Corps milestone decision formalised, all eyes will now be on Hill AFB in Utah as it works to achieve IOC with the A-model by August 2016. The navy’s IOC target with the F-35C is August 2018.

USAF’s first combat-coded F-35A squadron, the 34th Fighter Squadron “Rude Rams,” reactivated at Hill earlier this month and is due to receive its first aircraft in September.

Attention will also switch more to production and sustainment, with the Pentagon considering a collective block-buy of 450 to 500 aircraft. That order could be placed with Lockheed in 2018, officials say. The DOD is also firming its requirements for Block 4, which will add new capabilities to the F-35 between 2019 and 2025.

Lockheed has delivered more than 140 aircraft since the first production aircraft rolled off the assembly line in Fort Worth, Texas, in May 2011.