AI to dogfight against real-world fighter aircraft in 2024: Pentagon

Following a demonstration of an artificially intelligent computer program defeating an experienced US Air Force (USAF) Lockheed Martin F-16 fighter pilot five times in simulated aerial dogfights, the US Department of Defense (DoD) plans for an artificial intelligence (AI)-controlled fighter to dogfight a human-controlled aircraft in the real world in 2024.

Automated aerial dogfighting is part of a larger strategy that aims to put AI at the centre of the Pentagon’s war strategy, US secretary of defense Mark Esper said during the DoD Artificial Intelligence Symposium on 9 September. 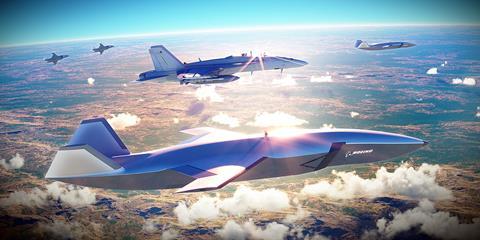 Several private industry-developed AI programs, designed to excel at basic fighter manoeuvres, were demonstrated in August as part of the US Defense Advanced Research Projects Agency’s Air Combat Evolution programme. After the AI software programs battled each other in a tournament, the winning program, developed by defence contractor Heron System, went on to defeat a human fighter pilot 5 to 0 in simulated dogfights.

“The AI agent’s resounding victory demonstrated the ability of advanced algorithms to outperform humans in virtual dogfights,” says Esper. “These simulations will culminate in a real-world competition involving full-scale tactical aircraft in 2024.”

He adds that military AI programs will be restricted to a code of ethics and be tightly controlled by a human commander.

“To be clear, AI’s role in our lethality is to support human decision makers, not replace them,” says Esper. “We see AI as a tool to free up resources, time and manpower, so our people can focus on higher priority tasks and arrive at the decision point, whether in a lab or on the battlefield, faster and more precise than the competition.”

The USAF is developing an AI program called Skyborg that is to automate the flight of loyal wingman unmanned air vehicles (UAVs). In July, the service granted indefinite delivery/indefinite quantity contracts, worth up to $400 million each, to develop Skyborg as part of an acquisition competition to Boeing, General Atomics Aeronautical Systems, Kratos Unmanned Aerial Systems and Northrop Grumman.

In February, now-retired General James Michael Holmes, former head of Air Combat Command, said the USAF could start adding autonomous UAVs to its fleet by replacing aging F-16 Block 25 and Block 30 aircraft which would likely retire in the mid-2020s.

“Sometime in the next five, six, seven or eight years, depending on budgets and capability, we’ll have to decide what we’re going to do about those airplanes,” Holmes said. “And so, there’s an opportunity there if we want to cut in something new – low-cost attritable loyal wingman, the different things that we’re looking at and experimenting with.”