Lockheed Martin has signed an initial contract worth $1.2 billion to launch production of the F-16 Block 70 on a new final assembly line in Greenville, South Carolina for the Royal Bahraini Air Force.

The undefinitised contract for 16 examples of the latest version of the 45-year-old F-16 keeps the programme in production as Lockheed continues to market the single-engined fighter for new orders in India and elsewhere.

The contract signing comes nine months after the Trump administration lifted his predecessor's policy of blocking the deal until the Bahraini government addresses concerns on human rights. 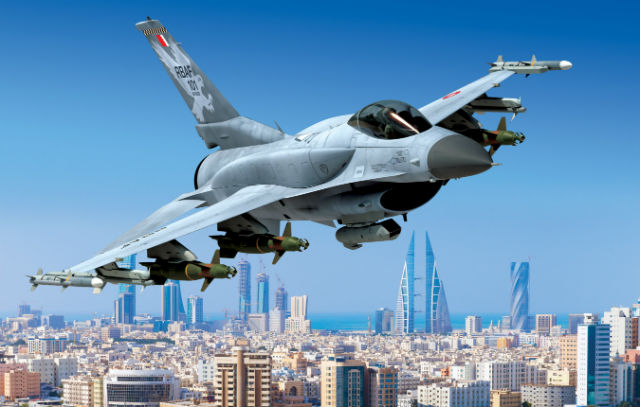 The new standard also includes other features now offered as upgrades for older F-16s. The aircraft's software is updated with an auto-ground collision avoidance system, which automatically steers the aircraft away from a collision if it senses that the pilot has failed to take action.