After a news report that said it might pull out of Canada’s fighter competition, Boeing says it’s still participating in the process and hasn’t made any final decisions.

Boeing and Airbus, which are respectively offering Ottawa the F/A-18E/F Super Hornet and the Eurofighter Typhoon, have complained in letters to Canada’s Department of National Defence that its procurement competition is unfairly favouring Lockheed Martin’s F-35A Lightning II stealth fighter, according to a report by Reuters. Boeing declines to comment specifically on the reported complaints.

“We appreciate the transparent nature of this competition, specifically the multiple opportunities to provide formal comments to the government of Canada on draft request for proposals (RFP),” says Boeing. “We continue to be very confident in the Super Hornet Block III capabilities to meet the defence needs of Canada and Boeing’s ability to bring unmatched benefits to the Canadian economy through the aerospace sector.” 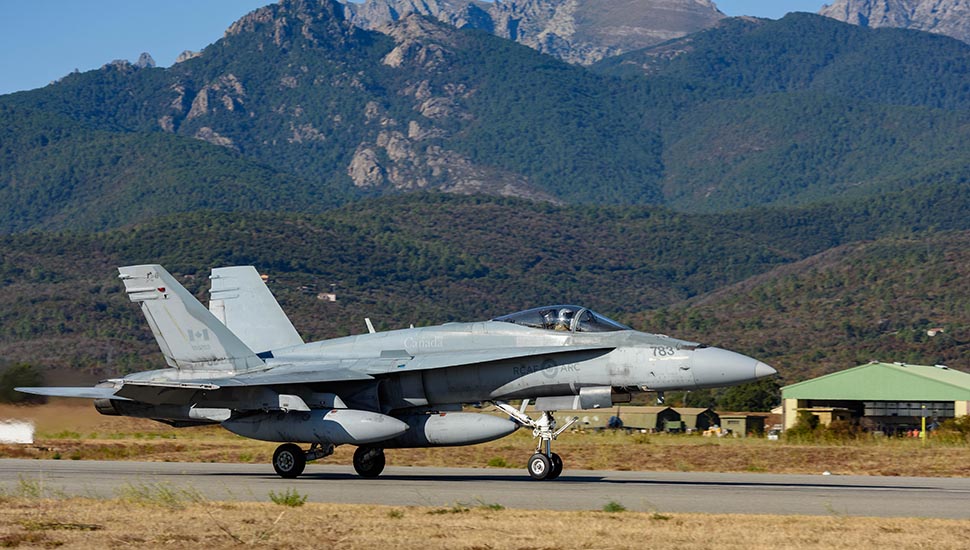 The company also noted its commitment to share part of the contract work and value – 88 jets for a reported C$15 billion to C$19 billion. As part of its offset policy, called the Industrial and Technology Benefits (IBT) Obligation, Ottawa plans to score bids partially based on their ability to funnel work to local businesses.

However, Lockheed Martin has argued that it cannot provide offset contracts to Canadian businesses because as a member of the Joint Strike Fighter (JSF) programme the nation’s companies have already been given more than $1 billion contracts, and thus further accommodations would be in breach of the partnership agreement. Canadian F-35 suppliers include Curtis Wright Controls, which makes the aircraft’s radar single-board computer, and Magellan Aerospace, which makes the “A” variant’s horizontal tail.

Despite being a member of the Joint Strike Fighter programme and initially planning to buy the 65 examples F-35, Ottawa has dithered on whether or not to buy the stealth aircraft over the past decade. Nonetheless, the country has officially included Lockheed Martin as a qualified bidder in its latest fighter competition.

One other reported area of disagreement are Royal Canadian Air Force requirements that emphasise the ability to carry out first strikes on foreign targets, a role which favours the radar evading abilities of the F-35 stealth fighter. In place of stealth abilities, Boeing has pitched the F/A-18E/F’s longer, unrefuelled flight endurance and larger weapons carrying capacity as capabilities that enable the fighter to make missile strikes from stand-off distances, outside the range of enemy radar and air defences.

Ultimately, Boeing says its decision will be based on the final RFP, due out by the end of this summer.

“We look forward to continuing to provide comments, reviewing the final RFP, and determining next steps at that time,” says the company.