The negotiations are for aircraft to be built as part of production Lots 15, 16 and 17, the Department of Defense office said in a notice posted online 13 February announcing its intent to begin bargaining. The contracts would provide for long lead time materials, parts, components, initial spares, and labour, as well as production and testing equipment.

The anticipated award date is in the third quarter of calendar year 2021, the Pentagon says. The notice did not disclose costs and the Joint Programme Office said it wouldn’t speculate about prices during negotiations, though it expects the price of the F-35A to fall. 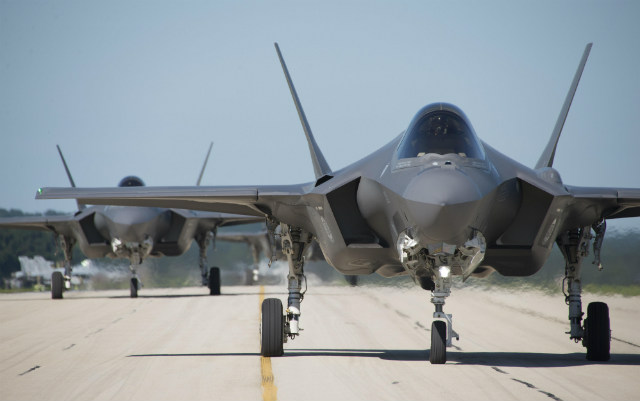 The notice did not break down individual customers. However, the Joint Program Office gave a broad summary of the possible order. The US Air Force, Navy and Marine Corps would together acquire 295 aircraft; development partners would acquire 143 aircraft; and foreign military sales would account for the remaining 47 aircraft. No new F-35 customers are included in the potential order.

Development partners and foreign military sales would be a mix of F-35A and F-35B variants, though the Joint Program Office declines to elaborate further on the US services' order.

The Joint Program Office says its intent is to make Lots 15, 16 and 17 part of a multiyear contract, pending Congressional approval. A multiyear contract is a special agreement with the permission of the US Congress that would provide for a cancellation payment to be made to Lockheed Martin if appropriations are not made as promised. In return for a stronger guarantee of business, Lockheed Martin can then go forward to negotiate bulk discounts for materials and parts, passing back some savings to the Defense Department.

Lockheed Martin said it has delivered more than 360 aircraft as of 1 February. Most recently, on 30 January, the company celebrated the rollout of the first operational F-35A for the Royal Netherlands Air Force.

As production ramps and additional improvements are implemented, Lockheed Martin says its goal is to reduce the cost of an F-35A to $80 million by 2020. Deliveries for Lot 11 began in 2019, with the cost of the F-35A set at $89.2 million per example.