Six Royal Netherlands Air Force Lockheed Martin F-16s returned to the service's Leeuwarden and Volkel air bases on 2 January, after completing a year-long deployment to Jordan as part of an international coalition conducting operations against Islamic State militants in the Middle East.

During joint operations conducted with the Belgian air force, Dutch F-16s supported the coalition campaign between October 2014 and June 2016, and from January through December 2018. Belgian aircraft operated throughout this period, with ground support provided by personnel from both European nations. 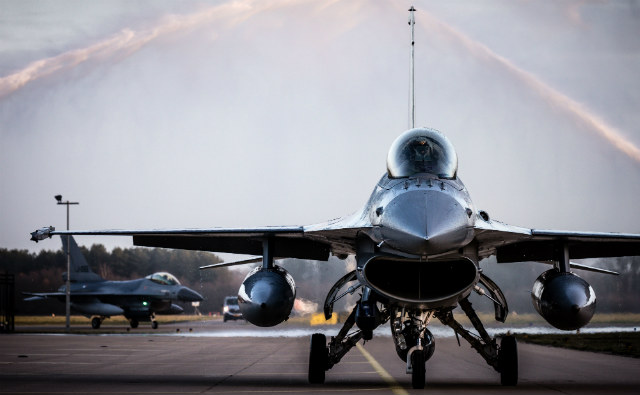 The Dutch defence ministry, which notes that its F-16s remain available for use in support of NATO rapid reaction units, is meanwhile preparing for the operational introduction of the Lockheed F-35 as a replacement for its current fighters.

Defence minister Ank Bijleveld on 14 December 2018 announced the Netherlands' intention to purchase another squadron of F-35s, in a measure that will be enabled by additional funding leading to the nation meeting a NATO spending target of 2% of GDP on defence.

According to this plan, the Netherlands will acquire 15 additional F-35s for around €1.2 billion ($1.1 billion), boosting an existing commitment to take 37 conventional take-off and landing examples.

Two Dutch F-35As are already involved in operational test and evaluation work performed at Edwards AFB, California, while six more will be stationed at Luke AFB in Arizona to support the training of pilots from the Netherlands and Denmark.

Aircraft to be assigned to a first operational squadron at Leeuwarden will arrive in the Netherlands this year, with a second unit to be formed at Volkel air base. The location for the nation's third frontline squadron has yet to be decided.