Eurofighter, a joint venture among Airbus, BAE Systems and Leonardo, was assumed to be one of the bidders in the competition to replace the RCAF’s fighter fleet with 88 advanced jets, but it hadn’t yet publicly acknowledged its desire to play for the contract. Simon Jacques, head of Airbus defense and space in Canada, said at a company event in Montreal that his firm intends to submit a proposal for the Typhoon.

“We are very engaged,” he says. “We want to propose the Typhoon, the most advanced new generation multi, swing-role fighter on the market today." 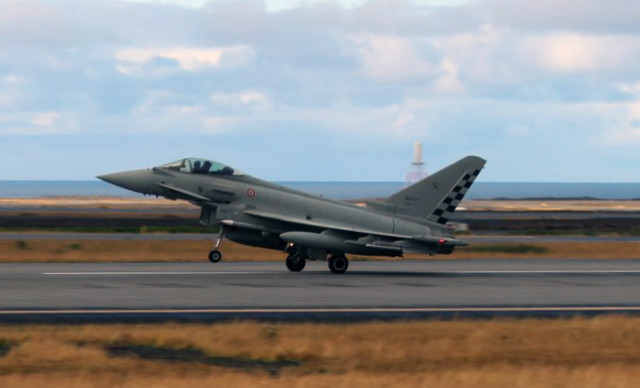 In October, RCAF issued a draft request for proposal to replace its aging CF-18A/B fleet. Ottawa listed five suppliers eligible to compete: Dassault Aviation, maker of the Rafale; Saab, maker of the JAS 39 Gripen; Airbus Defense – on behalf of the Eurofighter joint venture, maker of the Typhoon; Lockheed Martin, maker of the F-16 and F-35; and Boeing, maker of the F/A-18 Super Hornet and F-15E Strike Eagle. Only those five will be allowed to submit proposals.

The RCAF plans to receive initial proposals from bidders between summer and winter 2019. A contract is anticipated to be awarded during the winter months of 2021-2022.

Canada wants initial aircraft to be delivered in 2025, with initial operational capability achieved by 2026. The government wants all aircraft delivered by 2031 or 2032, at which time the CF-18 fleet will be retired.

Jacques says the Eurofighter bid will include some sort of participation from Canadian manufacturers, though the type of involvement in the aircraft’s supply chain or extent was not specified.

"With our Canadian partners, it is going to be a Canadian solution and a good value for Canada," he says. "The RFP is coming out in mid of this year, right before the election."