F-35 profitability could suffer after losing cheap manufacturing in Turkey

The Lockheed Martin F-35 Lightning II’s profitability could suffer due to the programme losing access to less expensive parts suppliers in Turkey.

Ankara was booted from the Joint Strike Fighter programme in July 2019 after the country decided to buy the Russian-made Almaz-Antey S-400 Triumf surface-to-air missile battery. That weapon system is advertised as being anti-stealth, a capability the US Department of Defense takes seriously and wants the F-35 to avoid. 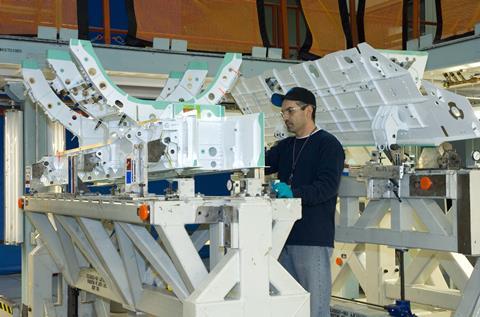 Removing Turkey from the supply chain of the F-35 has consequences, however. As the only developing country in the Joint Strike Fighter programme, Turkey’s lower cost labour was relied upon to bring the cost of the fighter down.

Turkish industrial participation in the F-35 programme included 10 companies which received more than $1 billion worth of contracts to supply more than 900 parts. The country’s manufacturing base was projected to receive up to $12 billion in F-35 work over the life of the programme, according to Lockheed Martin.

The USA pledged to spend $500 to $600 million in non-recurring engineering to quickly redirect that work to new suppliers by March 2020.

Lockheed Martin and the US government have found new suppliers for all of the parts formerly produced by Turkish companies, says Greg Ulmer, vice-president of Lockheed Martin’s F-35 programme, at the Air Force Association Air Warfare Symposium conference on 28 February

“There are many cases where we just went back to a previous or the original supplier,” he says, noting Dutch company Fokker Emo’s electrical wiring work is being returned to the Netherlands.

“Yeah, there’s upward pressure associated with that,” he says.

The F-35 programme is Lockheed Martin’s largest product line, generating 27% of its total net sales in 2019, according to the company’s financial filing.

Bringing Ankara back into the F-35 programme would require rebuilding the supply chain, says Ulmer.

Lockheed Martin appears to be on the hunt for a replacement country for Turkey.