A commercial version of Lockheed Martin's C-130 Hercules first appeared at a Farnborough air show in 1970.

Nearly half a century later, Lockheed's LM-100J will make its debut, performing in the flying display as the type approaches an entry-into-service milestone. 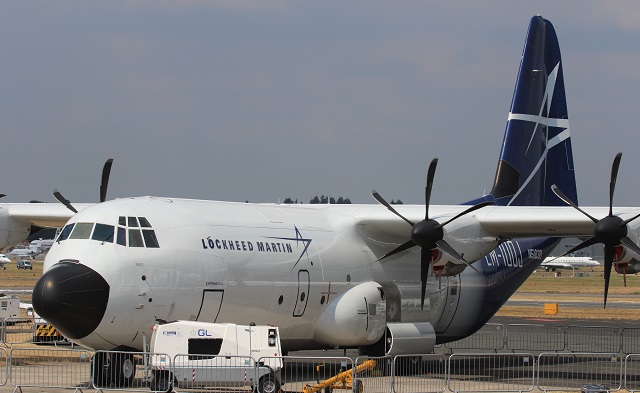 The original L-100 appearance at Farnborough was made by an aircraft expected to be used for ferrying Rolls-Royce RB.211 engines to Lockheed's L-1011 TriStar assembly line in Palmdale, California.

Lockheed has a broad list of applications planned for the LM-100J, the re-engined and heavily updated successor of the original civil version.

"While the LM-100J is known for its cargo delivery capabilities, the aircraft has been cited throughout industry as the perfect platform for specialised requirements such as firefighting, medevac, aerial spray, and humanitarian relief support," says George Shultz, vice-president and general manager, air mobility and maritime missions at Lockheed.

Lockheed launched the LM-100J as a new derivative of the C-130J Super Hercules in 2014, with upgrades including new avionics and Rolls-Royce AE2100D3 turboprop engines.

The type has since amassed a backlog of 25 orders and commitments from original L-100 operator ASL Aviation, Brazilian air cargo specialist Bravo Industries and an undisclosed customer. ASL owns South Africa-based Safair, a long-time operator of the original version.

The original Hercules was designed in 1952, based on a requirement that emerged from the Korean War. The design, by Willis Hawkins, proved controversial internally, with Kelly Johnson, the founder of Lockheed's Skunk Works and a devotee of high-speed flight, telling the then-chief engineer Hall Hibbard that the C-130 would harm the company's brand.

Instead, the C-130 has proved to become one of the most versatile and enduring aircraft in history, with an active production line since 1954.