Greece is considering the potential acquisition of up to 30 Lockheed Martin F-35s to replace the oldest F-16C/Ds operated by the country's air force.

"Beyond the upgrade of the F-16 fighter jets, we are in the process of selecting a new plane for Greece, so we can gradually move to the new generation of aircraft," said Greek defence minister Evangelos Apostolakis on 5 April. 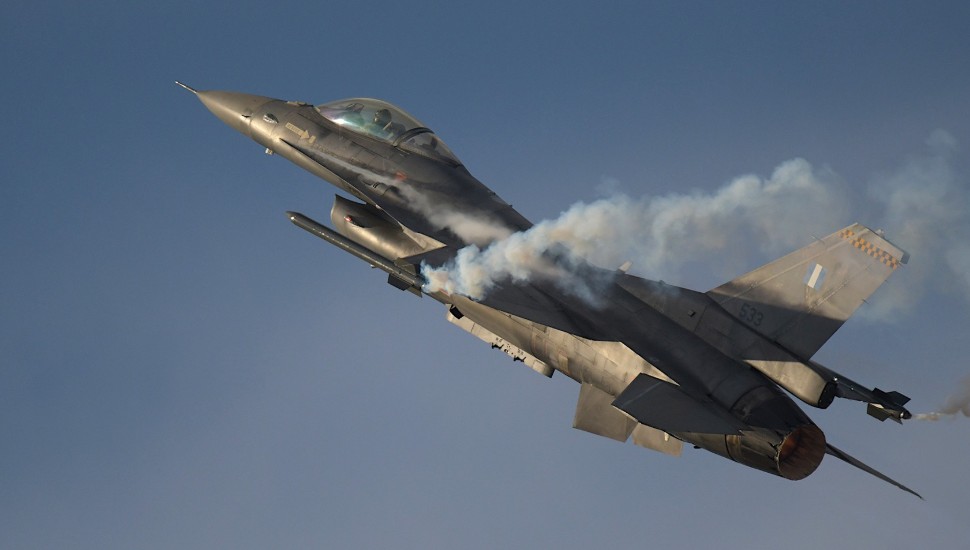 The interest from Athens in a fifth-generation fighter chimes with comments from Vice Admiral Mathias Winter, director of the Pentagon's F-35 joint programme office, who told Congress that sales of F-35 jets could be expanded to include five new countries – Greece, Romania, Poland, Singapore and Spain.

Local media reports suggest that Athens has already requested pricing and availability for 25-30 examples from Lockheed. However, any purchase will depend on Greece's financial plans and the USA's ability to offer a long-term payment framework.

Geoffrey Ross Pyatt, the US Ambassador to Greece, says that with Greece already upgrading some of its F-16s to the new V-model standard, it would be a "natural stepping stone" for the country to also acquire the conventional take-off and landing F-35A.

That modernisation programme will see 84 F-16C/Ds – currently in the Block 52+ configuration – raised to the new standard under a contract worth almost $1 billion.

Upgrade work is expected to be completed by 30 June 2027.