Hypersonic ‘Air Force One’? The USAF is looking into it

The US Air Force (USAF) has awarded Hermeus Corporation a $1.5 million contract to assess modifying the company’s in-development Mach 5 jet into an aircraft for the future Presidential and Executive Airlift fleet.

The US Presidential and Executive Airlift fleet currently includes the Boeing VC-25A, a modified 747-200B that is popularly known by its call sign “Air Force One” when the president of the USA flies aboard. 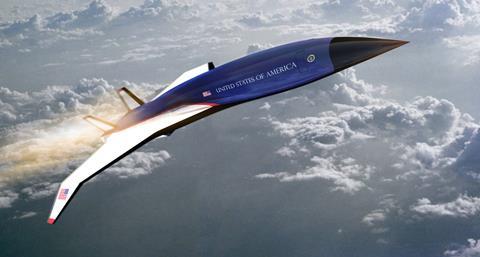 Hermeus – a company named for Hermes, the Greek god of transport, and the country of the US – was founded in 2018 and is developing an engine for a M5 commercial passenger aircraft. The start-up says it has successfully tested an engine prototype in a windtunnel simulating flight at M3.3 at 65,000ft.

That subscale prototype engine was built using an off-the-shelf turbojet used on various target drones and small personal aircraft. Hermeus declines to name the original engine or its thrust rating, but says it is capable of operating at around 533kt (988km/h) at a maximum altitude of about 25,000ft.

The off-the-shelf engine is modified to power hypersonic flight, says A J Piplica, chief executive and co-founder of Hermeus.

“We have a pre-cooler technology that we integrate to the front of the engine,” he says. “We have a ramjet that we put on the back end. And the ramjet is what we used to get all the way up to M5, once we get to the M3 range.” 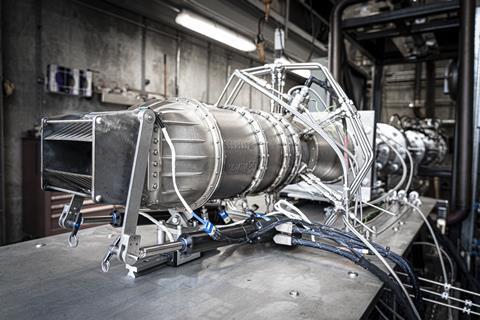 The company is now working on a version of the engine that would be about 10 times the thrust of its subscale prototype, says Piplica. It is also designing an unmanned, autonomous demonstration aircraft to test the more powerful engine in flight. It anticipates the demonstrator aircraft first taking flight in two or three years. In mid- to late-2020 Hermeus plans to complete its ground development campaign of the full-scale engine.

Piplica declines to say if the USAF is aiming for a hypersonic Air Force One. Technically, any aircraft, whether it is the VC-25A or a smaller executive transport, such as the 737-based Boeing C-40 Clipper, is referred to as Air Force One when the US president flies aboard.

“They’re looking into what some of the next steps in their fleet might look like, towards the end of the decade and beyond,” Piplica says.

“Leaps in capability are vital as we work to complicate the calculus of our adversaries,” he says. “By leveraging commercial investment to drive new technologies into the air force, we are able to maximise our payback on Department of Defense investments.” 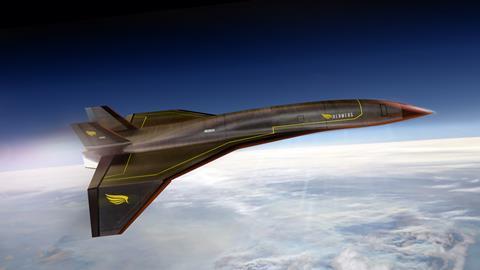 Hermeus’ commercial M5 aircraft would not differ too much from a USAF executive transport, Piplica says. The aircraft would have a 20-passenger capacity and a 4,000nm (7,410km) range.

“I expect it will be pretty closely in line. We’re not looking to deviate too much from the commercial path that we’re on,” Piplica says. “But we do want to make sure that we’re considering what all of our end users might need.”

The contract the USAF granted is for evaluation of interfaces between “high-speed aircraft and existing communications, airport, and air traffic control infrastructure”, says Hermeus.

“It really comes down to antennas that can handle the thermal environments and accounting for the Doppler shift since you’re moving so fast,” Piplica says.

The contract with Hermeus was granted via the USAF’s Other Transaction Authority (OTA). OTA contracts are easier to award than traditional procurement vehicles due to fewer regulatory requirements. The Pentagon has favoured the type of awards in recent years to quickly grant contracts in technical areas where it wants to rapidly innovate.

The founding team of Hermeus came from Generation Orbit Launch Services, a Department of Defense-funded start-up that is building the rocket-powered X-60A hypersonic test vehicle. Piplica says his company is attempting to reapply an iterative, experimental approach honed by space companies like SpaceX to make rapid progress in the nascent high-speed aircraft industry. 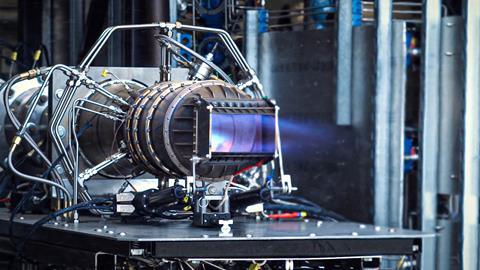 Piplica says the value of a hypersonic executive transport comes down to the importance of enabling face-to-face communication with government officials all over the globe.

“It’s really important that you have a get-together as absolutely quickly as possible,” he says. “Spending more time on the ground, where we all live, doing the things that we need to do to move the ball forward is certainly better than spending hours and hours on airplanes traveling. That does a lot to improve global relations.”

“Anytime we’ve seen an increase in speed in a wide-ranging transportation network, that has always been accompanied by massive social economic growth,” he says. “So whether you look at Roman roads being built, switching from sail to steam power, or the advent of high-speed rail in China, all of those were accompanied by multiple-percentage-point GDP growth rates afterwards.”