Israel has proposed a deal to purchase additional Boeing F-15s, in a package that would also include upgrading the Israeli air force's existing I-model examples of the strike aircraft.

Worth almost $4 billion, the potential purchase would include 25 twin-engined F-15Is in an advanced configuration. The new version's airframe would have an extended lifespan and enhanced features including a large-area cockpit display.

The purchase of additional F-15s has recently gained priority for the Israeli air force's high command over ordering aircraft for a third squadron of Lockheed Martin F-35Is. The rationale for this decision is that while the F-35's stealth features are essential at the start of a conflict, the type will need be flown during later combat sorties in conjunction with assets capable of carrying a heavier weapons load.

Flight Fleets Analyzer records the Israeli air force as currently operating 25 F-15Is, aged between 18 and 20 years. These aircraft would be modified to the same enhanced standard as the proposed additional batch, if the deal goes ahead. 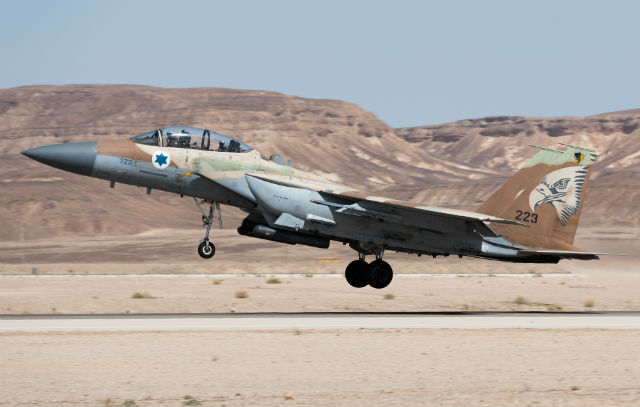 Sources indicate that a purchase is likely to advance around the mid-way point of a 10-year military spending package recently approved by the USA.