The Italian Air Force declared its F-35A Lightning II fleet initial operational capable on 30 November, making the force the first in Europe to achieve the mark.

The achievement was formally marked during the NATO-affiliated 4th Flying Course of the Tactical Leadership Programme at Amendola Air Base in Italy by the Italy’s chief of the air force, General Alberto Rosso. 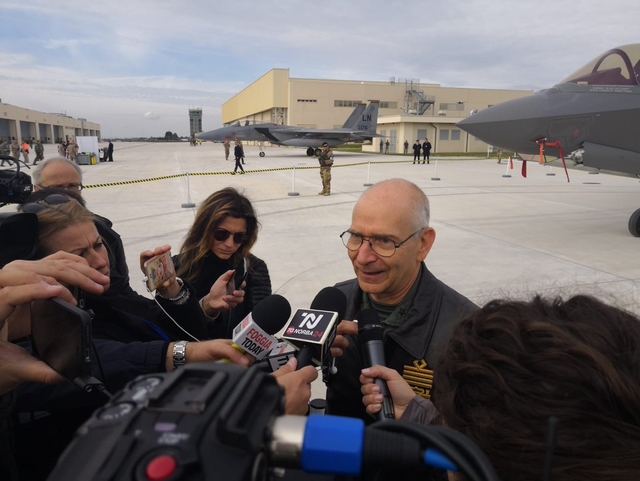 The F-35s on order are to replace Italy’s 253 Panavia Tornados, AMX Fighter Bombers and AV-8B Harriers.

Italy hosts the only final assembly and checkout facility for the F-35 outside the USA. The facility also services as the European Maintenance, Repair, Overhaul and Upgrade Center of Excellence.

Despite a large role in the production and maintenance of the F-35, the country has cooled to the programme recently. In July 2018, Defence Minister Elisabetta Trenta said the country was considering capping its total order of aircraft and possibly cutting back. Since, Italy reportedly is slowing the delivery of the aircraft, as part of an effort to spread out the cost of the programme.