The flight tests are part of the US Air Force’s military flight release process, says the company on 3 August. The helmet has already passed safety qualification testing, including sled, tower and windblast tests. 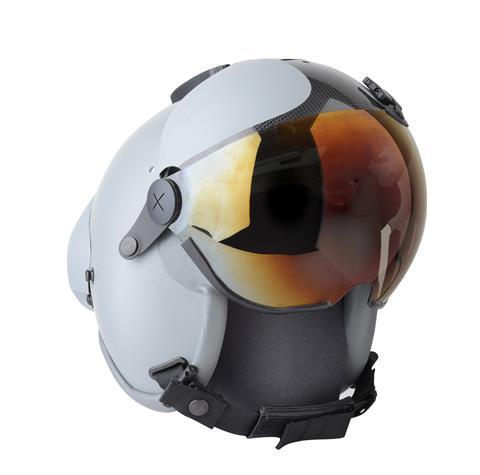 The helmet comes with a number of features including visor-projected symbology and night vision goggles. The device allows pilots to fire off-boresight missiles, such as the Raytheon AIM-9X Sidewinder. Such off-boresight missiles can be fired at enemy aircraft that are not directly in front of a fighter using a visual cueing system that follows the pilot’s head as it turns.

The helmet is manufactured by Elbit Vision Systems, a joint venture between Collins Aerospace and Elbit Systems of America.

New-build F-16 Block 70/72 are on contract from Bahrain, Bulgaria and Slovakia.