The US Air Force has installed the last set of replacement wings on its fleet of Fairchild Republic A-10 Thunderbolt II aircraft, finishing the Enhanced Wing Assembly replacement programme which started in 2011.

Some 173 pairs of new wings were fitted onto A-10 “Warthogs” at Ogden Air Logistics Complex at Hill AFB in Utah, while 11 sets were installed at Osan AFB in South Korea, over the course of the programme, says the USAF.

The A-10s’ old wings sustained heavy stresses and needed to be replaced to prolong the lifespan of the aircraft into the late 2030s. Boeing was awarded a $1.1 billion contract in 2007 to build replacement wings at its plant in Macon, Georgia. 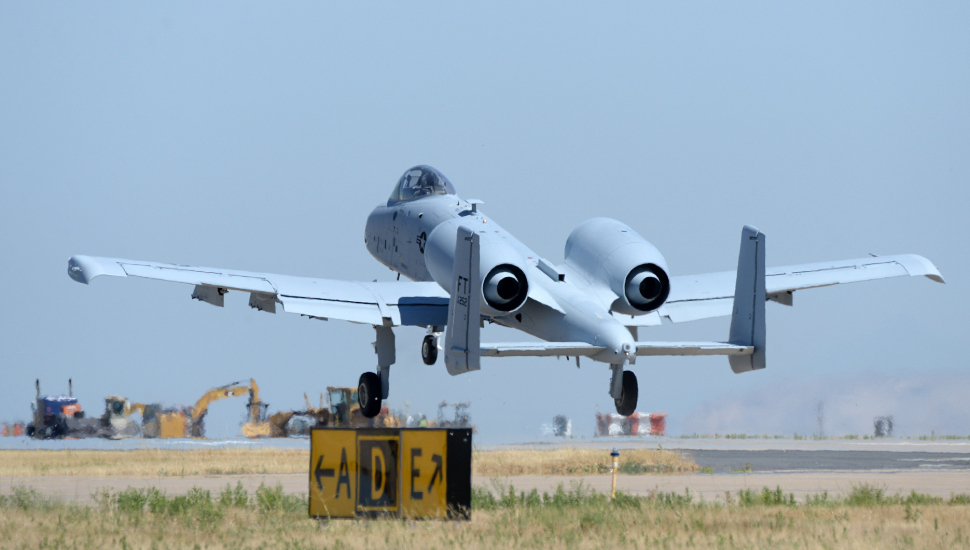 The new wings should last for 10,000h of flight before needing a depot inspection. The wings also include an improved wire harness design to make it easier to remove them, while reducing the likelihood of damage during maintenance, says the USAF.

The USAF introduced the A-10 in 1976 as a close air support aircraft. It is heavily armed, with one 30mm GAU-8/A seven-barrel Gatling gun and up to 7,200kg (16,000lb) of mixed ordnance, according to Boeing. The aircraft has eight under-wing weapons stations and three pylons under its fuselage.

The A-10 was designed to fly close to the ground in support of ground troops, dropping heavy loads of weapons and attacking armored vehicles, tanks and enemy personnel. During the Cold War, the Warthog was meant to help turn the tide in a hypothetical NATO-Warsaw Pact tank battle on the East-West German border in the Fulda Gap, a low-lying area for which military planners expected Soviet tanks might pour through toward Frankfurt, Germany.