The contract pays for the development, platform integration, flight test, and qualification of IRST21 Block II sensor system on the US Navy’s jet and was awarded by the aircraft’s manufacturer Boeing. The Block II upgrade enhances the IRST system’s ability to detect and track enemy aircraft at greater ranges. 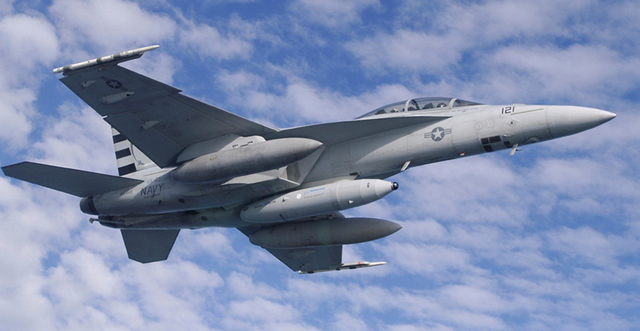 IRST21 is the next generation of Lockheed Martin’s legacy IRST sensor system, which is in full-rate production and has accumulated more than 300,000 flight hours on the now-retired Grumman F-14 Tomcat and international variants of the Boeing F-15. It is a passive, long-range sensor system that uses infrared search and track technology to detect and track heat coming off the engines of enemy aircraft.

IRST is an alternative in areas where enemy electronic warfare may jam an aircraft’s radar. Lockheed Martin claims IRST21 has enhanced multiple target resolution compared to radar, providing a greater ability to distinguish the number and types of threatening aircraft at greater ranges. The company says the system has weapon-quality accuracy, allowing for a "see first, strike first" capability. This gives pilots greater reaction time, improving chances of survival in combat.

IRST21 is mounted on the nose section of the centerline fuel tank of the F/A-18E/F. A pod sensor system version is also in development for the Boeing F-15C and Lockheed Martin F-16.