Lockheed Martin has delivered the first set of Long Range Anti-Ship Missiles (LRASM) to the US Air Force, reaching Early Operational Capability for the weapon. 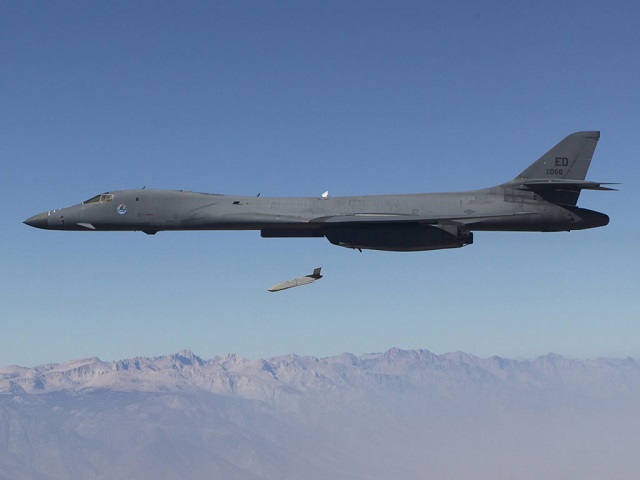 LRASM being dropped from Boeing B-1B

LRASM is designed to detect and destroy specific targets within groups of ships using its sensors, encrypted communications and a digital anti-jamming GPS, according to Lockheed Martin. It is designed to be used in battle against the surface ships of advanced foes, such as China or Russia – adversaries who could disrupt and attack traditional means of targeting including intelligence, surveillance and reconnaissance platforms, network links and GPS navigation.

The missile can be armed with a 454.5kg (1,000lb) penetrating blast fragmentation warhead, according to Lockheed Martin. The LRASM is stealthy and is thought to have a range of greater than 500nm, based on the unclassified range of the Joint Air-to-Surface Standoff Missile – Extended Range. The long range capability of LRASM enables the B-1B to fire on targets from outside the range of direct counter-fire weapons.

LRASM was funded by a partnership between the USAF, USN and DARPA.