Lockheed Martin is projecting annual production of the F-35 Lightning II stealth fighter could rise to as high as 180 examples by 2024.

The company sees continued sales to US military services as well as potential wins in international fighter procurement competitions, such as in Finland, Switzerland and Canada, steadily boosting production of the combat aircraft. 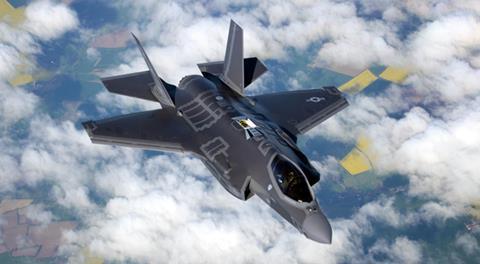 Lockheed Martin had delivered 491 aircraft in total to various worldwide military services by the end of 2019.

Shortly after Lockheed Martin’s F-35 production reaches peak capacity, in 2025, the company wants to have significantly lowered the operating cost of the aircraft to $25,000 per hour, down from about $35,000 per hour currently.

While F-35As purchased as part of production lot 14 have fallen to a historic low price of $77.9 million a copy, the high cost of flying the aircraft is consuming military service budgets and endangering future sales for Lockheed Martin.

Lockheed Martin proposed in September 2019 an idea for a performance-based logistics maintenance contract to help lower the cost of flying the F-35. Under similar contracts, suppliers are paid a flat rate to maintain a certain level of performance for an aircraft, such as mission capable rate or cost per flight hour, rather than just supply one-off parts or repair services. The F-35 Joint Program Office said it is considering the idea.