Lockheed Martin was given two contracts from Boeing to produce and integrate 19 Legion Pods onto the US Air Force’s Boeing F-15C fleet.

The two contracts include a 28-month engineering and manufacturing development (EMD) contract and a low-rate initial production contract to produce the systems, which include infrared search and track (IRST) sensors.

The first EMD units will be available in early 2019, says Lockheed Martin. The first production and spares deliveries will begin in 2020. The Legion Pod was selected in 2017 as the IRST system for the USAF F-15C fleet and the service plans to procure 130 units in total. 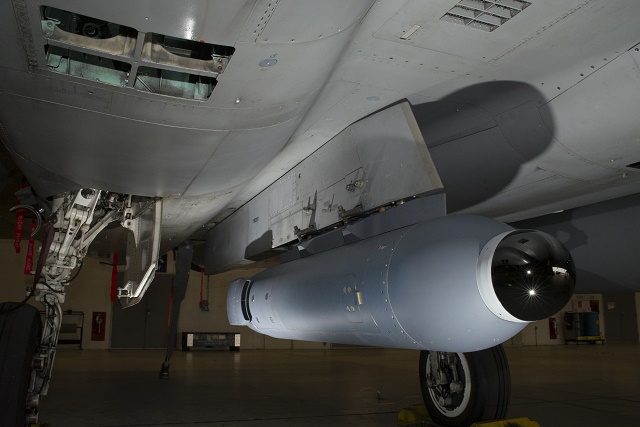 IRST is an alternative in areas where enemy electronic warfare may jam an aircraft’s radar. Lockheed Martin claims that its IRST21 system, which is included in the Legion Pod, has better multiple target resolution compared to radar, providing a greater ability to distinguish the number and types of threatening aircraft at greater ranges. The company says the system has weapon-quality accuracy, allowing for a "see first, strike first" capability. This gives pilots quicker reaction time, improving chances of survival in combat.

Lockheed Martin says the Legion Pod also has its own advanced networking and data processing capabilities, as well as room to integrate other sensors, though the manufacturer hasn’t disclosed any other systems inside the pod. The pod is slung below the F-15C’s centerline and is moveable between different aircraft. The company plans in the future to integrate the system onto the F-16, as well as unnamed unmanned air vehicles.