The US Air Force (USAF) has awarded Lockheed Martin a $25 million contract to help with the service’s Palletized Munitions Experimentation Campaign, an effort to test the feasibility of launching cruise missiles from the back of cargo aircraft. 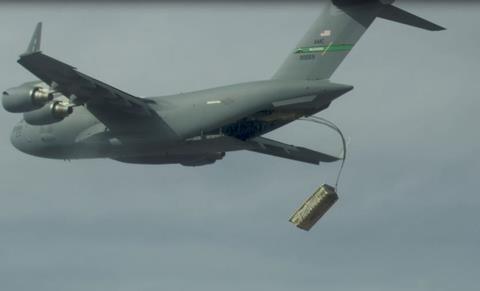 As part of the next phase of the experiment the USAF wants to conduct a “system-level” demonstration in 2021, Lockheed said on 28 October. The company will help develop a modular air-launch system that uses standard cargo airdrop procedures. That system should have the ability to roll on and off cargo aircraft, such as the C-17 and C-130.

Short on bombers and fighters, the USAF is trying to determine if it can launch large numbers of cruise missiles using its cargo aircraft. It began soliciting ideas for palletized munition launch systems in June.

Ultimately, the service is trying to determine if it would be more cost effective to launch cruise missiles from cargo aircraft or via a clean-sheet “Arsenal Plane”, a sort of new bomber. Both stand-off aircraft would fly to the edge of enemy airspace and then lob missiles at targets deep into an adversary’s territory, before turning back toward safety.