Poland could receive its first four F-35As in 2024 as part of Lockheed Martin's 16th production lot, according to Greg Ulmer, the company's vice-president and general manager for the programme.

Speaking at the MSPO show in Kielce, Ulmer said the initial batch of Block 4-standard aircraft would be used for training Polish pilots and maintainers in the USA, probably at Luke AFB in Arizona. 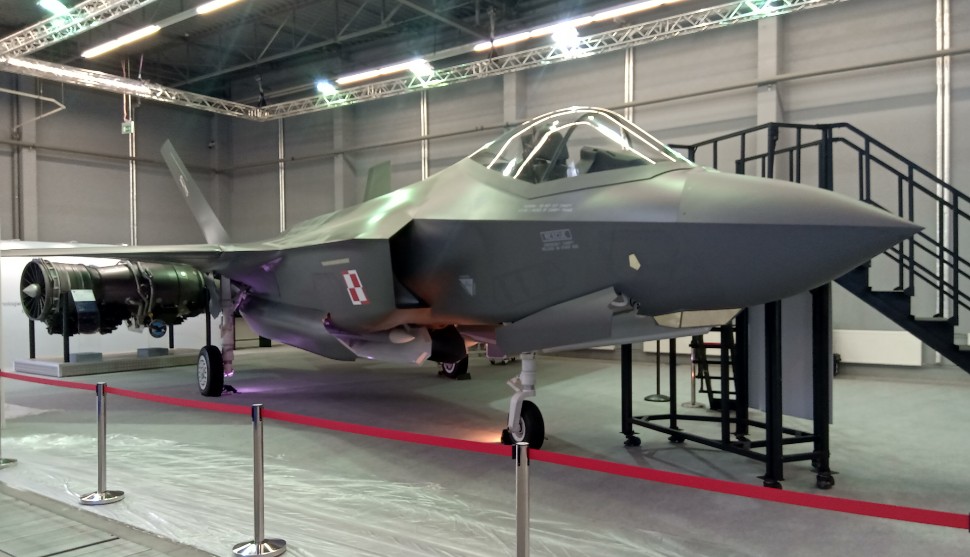 Warsaw would have a full squadron of 16 F-35As, support equipment and spare parts available in 2026, when Lockheed expects its air force to achieve initial operational capability with the stealthy type. A full mission simulator facility will also be established in the country.

"For aircraft maintenance, Polish air force personnel will be responsible with the support of OEMs Lockheed Martin and Pratt & Whitney to begin with," Ulmer confirms. "The location of a facility for heavy maintenance of Poland's F-35s will be determined later."

A second squadron of aircraft will be delivered by 2030, Lockheed says. Warsaw earlier this year confirmed its intention to acquire 32 F-35As as replacements for its RAC MiG-29 and Sukhoi Su-22 fleets.

While only small parts of the F-35, such as landing gear, ammunition and F135 engine components are currently being produced in Poland, Ulmer says there is room to expand Polish industrial involvement.

"We are constantly looking for supply chain and there are some opportunities for new partners with cheaper costs and better quality [of products]," he says. "Technology transfer opportunities are associated with sustainment of Polish air force F-16s, F-35s and C-130s, enhancing training of pilots and maintainers, advancement in space technologies, co-operation in research and development and advancement in UAS [unmanned air system] technologies."

Weapons decisions for Poland's aircraft will be made in agreement with the US government, but the nation could employ unique systems, along with munitions already used with its fleet of 48 F-16C/Ds. Lockheed – which displayed a full-scale model of the F-35A in Polish markings at the show – says its fighters will be able to carry six Raytheon AIM-120 AMRAAM air-to-air missiles internally.