The US Air Force’s forthcoming Boeing VC-25B, popularly known by the call sign “Air Force One" when the president travels aboard, recently completed its preliminary design review.

The Presidential and Executive Airlift Directorate also said on 26 November that it anticipates that the VC-25B programme will complete its critical design review a year from now. In April, Boeing was granted $24.1 million for additional design work on the next generation of presidential aircraft with the intent that preliminary design work would be complete by December 2018.

Earlier, in September 2017, the USAF awarded Boeing a $600 million contract to begin preliminary design work on two VC-25B aircraft, which are based on the commercial Boeing 747-8 aircraft. Modifications to the aircraft include adding a mission communication system, electrical power upgrades, a medical facility, executive interior, self-defense system and autonomous ground operations capabilities.

The USAF plans to replace its two 747-200-based VC-25A presidential aircraft delivered in 1991 with two 747-8s originally built for Russian carrier Transaero, which filed for bankruptcy in 2015 before they could be delivered. The new aircraft are scheduled to begin flying in 2024. The total cost of the programme is $3.9 billion. 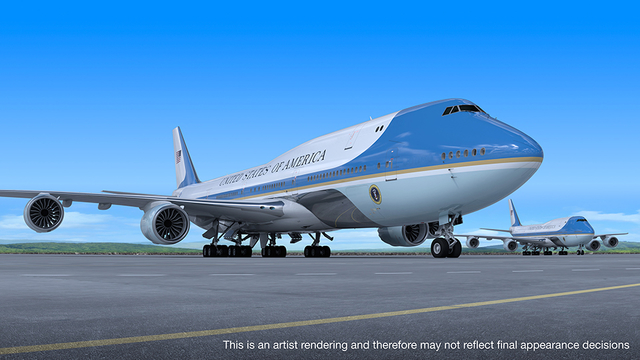 The VC-25B programme’s completion of the preliminary design review comes as the organization that manages presidential and executive aircraft has been reorganized by the USAF. The Presidential Airlift Recapitalization Directorate announced on 26 November that it changed its name to the Presidential and Executive Airlift Directorate.

The new Presidential and Executive Airlift Directorate has about 300 employees located at Wright-Patterson Air Force Base in Ohio and Tinker AFB in Oklahoma, and is responsible for the life cycle management of the VC-25B and the VC-25A, as well as a number of other executive and special mission aircraft based on commercial airliners and small civilian aircraft, including the C-12, C-21, C-32, C-37, C-40, and E-4B, which until recently were part of the Mobility and Training Aircraft Directorate.

“Many of the platforms [aircraft] have similar challenges and a shared mission set, so it made sense to put all of them under a single program executive officer,” said Major General Duke Richardson, programme executive officer for the Presidential and Executive Airlift Directorate. “Our job is to ensure the capabilities on the platforms, especially the communications systems, are common and modular so that the president or any other senior executive that flies on them is presented with a predictable and reliable experience.”

The directorate is also working to replace the E-4B National Airborne Operations Center, the Navy’s E-6B Airborne Command Post, and the C-32A executive transport with a single aircraft type. The programme is evaluating potential replacement platforms and mission synergies among the three aircraft and expects to complete an analysis of alternatives study in late 2019.