This is the second multiyear procurement contract awarded to Northrop Grumman for the E-2D. The USN awarded the first contract in 2014 for the production of 25 E-2D aircraft, which Congress later increased to 26 aircraft. 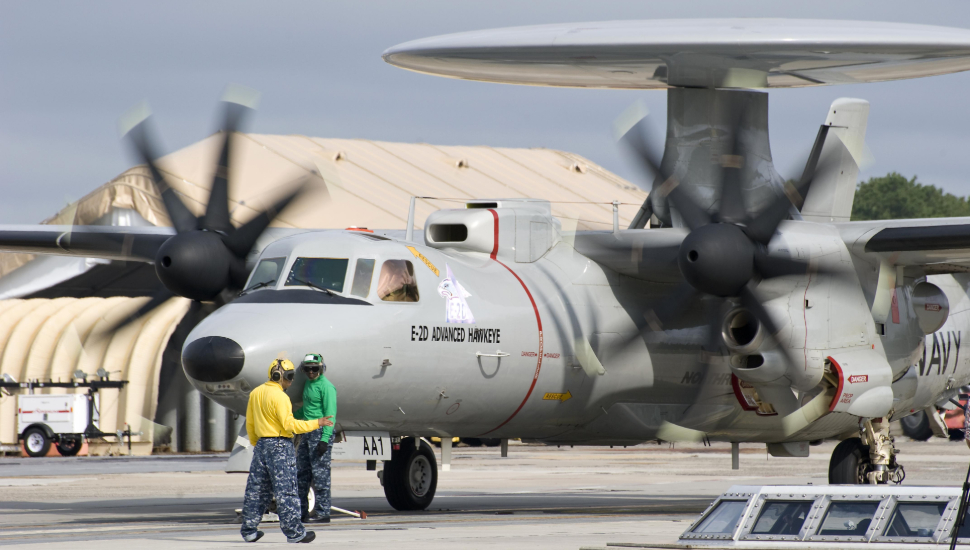 “This is a critical element in providing the next generation of world class command and control aircraft to the fleet,” says Captain Keith Hash, programme manager for E-2/C-2 Airborne Tactical Data Systems. “The use of the [multiyear procurement] contract allows a substantial savings over the use of single-year contracts and helps us fulfill our mission to increase US Naval power at sea by providing our fleet the information they need to accurately plan and win the fight today and tomorrow.”

The USN says it will save $411 million, or 11%, by committing to five years of production, instead of buying aircraft one year at a time. The service says the first multiyear contract cut costs by $587 million, a 13.9% savings.

The twin-turboprop E-2D aircraft carries a Lockheed Martin AN/APY-9 radar system that provides surveillance, as well as the capability to early detect and track advanced aircraft and cruise missile threats. That radar, as well as an L-3 Communications Randtron ADS-18 antenna that searches for radio frequency emissions, are installed inside a rotodome mounted above the aircraft.

Japan also has four firm orders for the type. In September 2018 it received US government clearance to buy nine more.