A scramjet engine made by Northrop Grumman set a record for the highest thrust produced by an air-breathing hypersonic engine in US Air Force history.

Ground tests of the 5.5m (18ft)-long engine were conducted by US Air Force Research Laboratory (AFRL) and Air Force Test Center staff at Arnold Air Force Base in Tennessee. The engine was successfully operated at simulated conditions above Mach 4 and endured 30min of total combustion time during a nine-month testing period, an accumulation of run time that Northrop Grumman calls “unprecedented”. 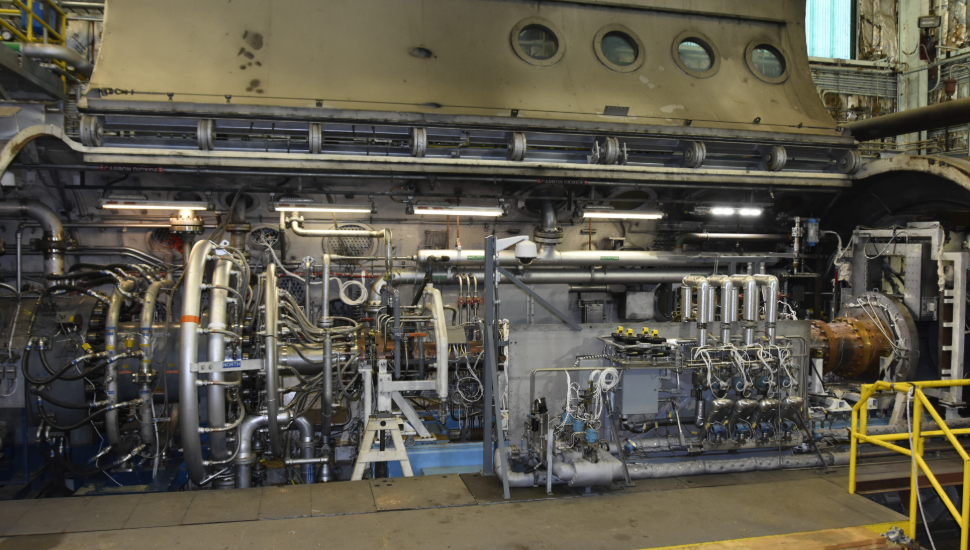 The scramjet is about the size of a conventional turbojet engine used in a fighter aircraft and significantly larger than the scramjet that powered the X-51A Waverider hypersonic vehicle.

“The plan for a larger and faster hypersonic air-breathing engine was established 10 years ago during the X-51 test program, as the Air Force recognised the need to push the boundaries of hypersonic research,” Barhorst says. “A new engine with 10-times the flow of the X-51 would allow for a new class of scramjet vehicles.”

The X-51A’s scramjet engine was pioneering in its use of hydrocarbon fuel – the sort of aviation gas that powers standard turbojets – but only produced 500-1,000lb-thrust. And, the missile only flew at hypersonic speeds for 210s. If Northrop Grumman is able to repeat its ground test performance in flight then its scramjet engine would greatly surpass the achievements of the X-51A.

The successful tests come after AEDC’s Aerodynamic and Propulsion Test Unit facility underwent a two-year upgrade to enable large-scale scramjet combustor tests over a range of test conditions. Previously, an evaluation of the nation’s test facilities concluded that none could test a large-scale scramjet engine in a thermally-relevant environment.