Embraer plans to deliver its first KC-390 transport to the Brazilian air force in the next few months, after a further slight delay from its original plan to hand over the aircraft at the end of 2018.

The twin-turbofan military transport the company plans to deliver to Brazil was at the show on 16 June, conducting a demo flight for journalists and standing on static display.

Embraer's delivery delay is the result of an incident involving one of two KC-390 prototypes that overran its runway during a test in Gaviao Peixoto, Brazil in 2018. To complete its flight testing regime, the airframer decided to reassign its third production aircraft, which was intended to be the initial example delivered to the Brazilian air force. In July 2018, Embraer said it believed the incident would cause a six-month delay, although it is now likely to take a few months longer. 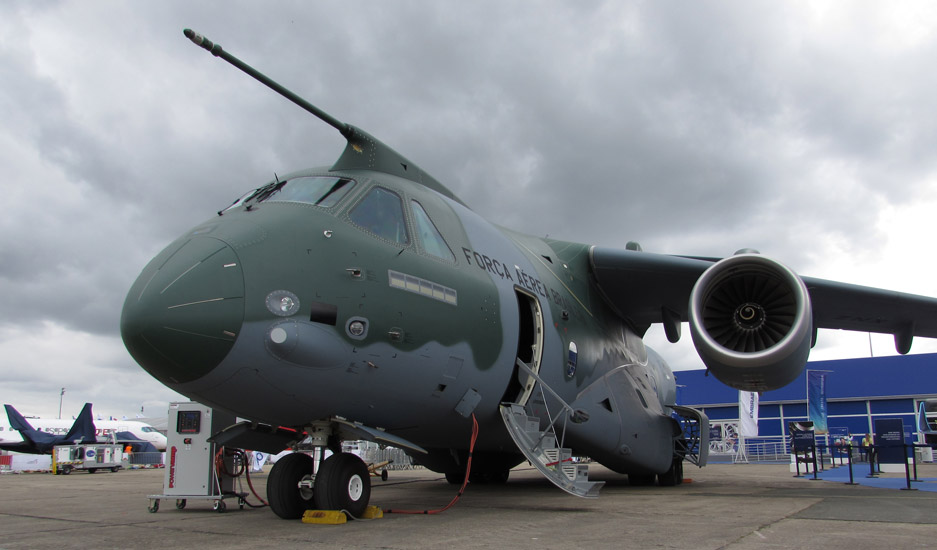 The firm says aircraft number nine is now in production. The company expects to produce military transports at a pace of 12 per year, but says with a third shift and some changes to its supply chain a higher production rate is possible. The Brazilian air force has ordered 28 examples of the aircraft.

"We are in the end of the process regarding the formal steps of acceptance with the Brazilian air force," said Jackson Schneider, chief executive of Embraer Defence & Security. "And, probably we will do it in the next couple of months."

Embraer has letters of intent for 38 KC-390s from six other potential customers. The company continues to hint that it is close to converting a letter of intent from the Portuguese air force for five of the aircraft, though it declined to say when a formal deal would be signed.

Key to the Brazilian manufacturer's ambitions for the KC-390 is a joint venture that it has formed with Boeing to sell and market the jet. Embraer is still in discussions with Boeing, but plans to begin marketing the aircraft through the joint venture at the beginning of 2020.

Schneider says that Embraer would consider opening final assembly facilities for the KC-390 not only in the USA, but in Asia, Europe or the Middle East should it make business sense. He says a civilian version of the KC-390 is also still of interest to the company, although it has no development schedule as yet.