Lockheed Martin is attempting to upgrade the F-35 Lightning II stealth fighter, while dealing with lingering as well as new supply chain and reliability issues.

At the same time, the company is facing down supply chain issues. With the USA threatening to cut Turkey out of the F-35 programme due to that country’s decision to buy the Russian Almaz-Antey S-400 Triumf anti-aircraft system, Lockheed is scrambling to find other suppliers to replace Turkish companies. 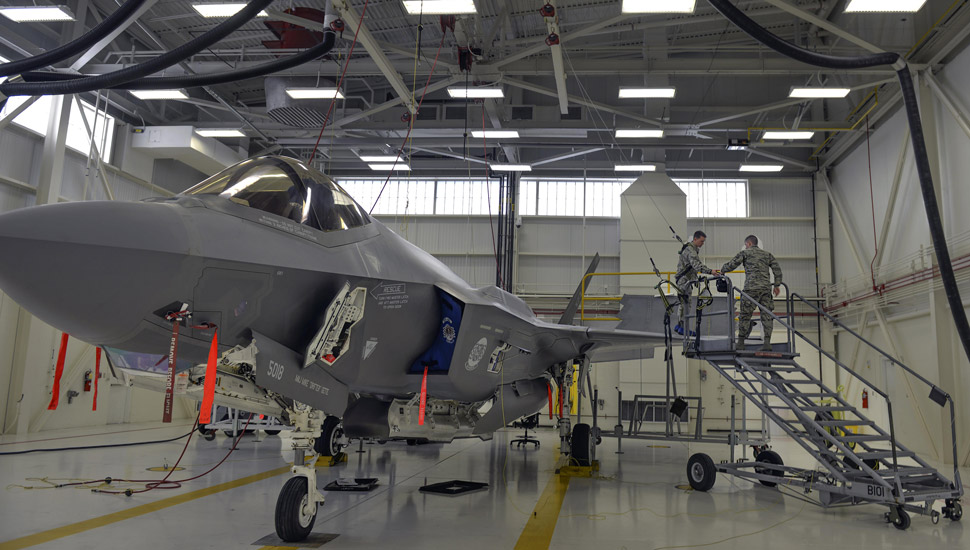 “There are 937 parts produced by Turkish industries,” said under-secretary of defense for acquisition and sustainment Ellen Lord in a press conference on 7 June. “A little over 400 of them were sole-sourced. That's what we are particularly focused on. We are working with Lockheed Martin on the aircraft side, with Pratt & Whitney on the engine side, to find alternate sources.”

The Department of Defense has also tasked Lockheed with lifting operational F-35s’ mission capability rate to 80% by September 2020. Although Lockheed's latest production lot of aircraft – low rate initial production (LRIP) lot 11 – is not yet hitting that performance level, the company is confident it can get over the bar.

“The airplanes for LRIP 9, 10 and 11 – those fleets are operating in the 60% horizon,” said Greg Ulmer, Lockheed's vice-president of the F-35 programme. He notes that Lockheed has a list of the aircraft’s top 100 problems and is coming up with solutions to fix those issues, which will help improve the fleet’s mission capability rate.

Another problem for the F-35’s reliability has been a shortage of parts.

“The programme, over a period of time, has not contracted on time for the spares required to support [the aircraft],” says Ulmer. “Fiscal year 2018 was the first contract where that was aligned.”

Because the 10 lots prior to 2018 weren’t properly sourced with spare parts, Lockheed is still playing catch up and it will take a while for the parts shortage to be resolved, he adds.