Turkish Aerospace is one of the many companies at this year’s show to have pulled the covers off a new full-scale aircraft model – its fifth-generation Turkish Fighter (or TF-X) – and even stole some of the limelight from the unveiling of the Franco-German Future Combat Air System at the same time.

Interest in the TF-X has been magnified over recent months as relations between Washington and Ankara deteriorated over the latter's decision to purchase the Russian Almaz-Antey S-400 air-defence system. That spat is making it increasingly likely that Turkey will be ejected from the Lockheed Martin F-35 programme, where it has been a long-time partner.

Several Turkish companies, including Turkish Aerospace, are involved in the F-35's supply chain, and are likely to be affected by Turkey's withdrawal. 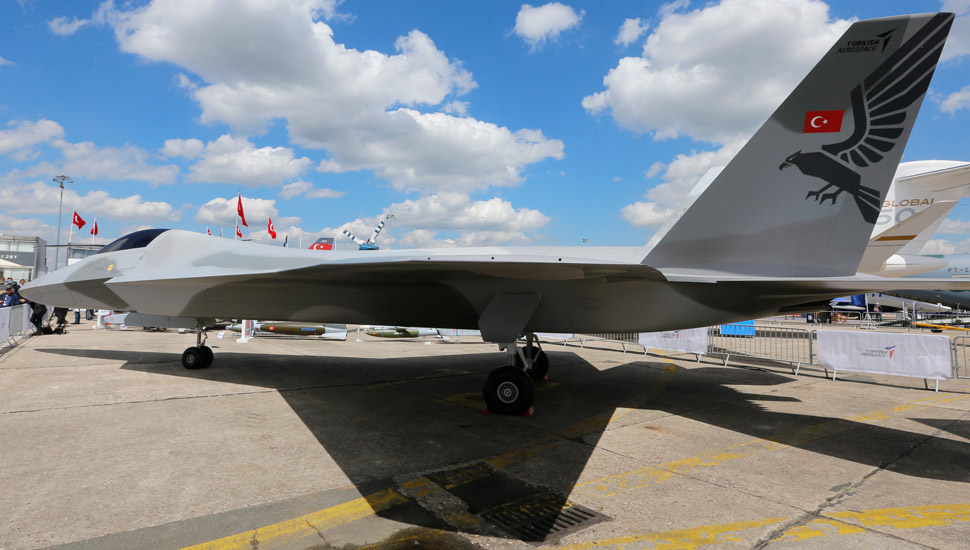 The unveiling of the TF-X model at Paris has unsurprisingly been framed in this debate and taken on greater significance, particularly as the aircraft – designed and developed by Turkish Aerospace with the assistance of British industry (namely BAE Systems) – has a similar appearance to the Joint Strike Fighter.

However, the TF-X programme has been ongoing for several years – long before the most recent political battle between the two NATO allies.

Turkish Aerospace officials recently told FlightGlobal that a first flight of the Turkish Fighter would occur in 2026, following its roll-out in 2023.

However, chief executive Temel Kotil said during the unveiling that the type's first flight would be in 2025. It is unclear whether there are efforts under way to speed up the programme, with another company source noting that the date change was a "surprise".

The TF-X is just one example of how Turkey is aiming to become a global aerospace powerhouse, manufacturing everything from basic trainers and heavy attack helicopters to fifth-generation fighter aircraft. But transforming these lofty ambitions into reality will be tricky, especially if US relations worsen and sanctions are put in place.

Such a step could severely limit the technologies that can come from US suppliers, and despite Turkey striving to manufacture the majority of its platforms and components indigenously – an effort that it has advanced significantly in recent years – it still relies on foreign suppliers, particularly in areas such as propulsion.

The UK's involvement in TF-X has also become less certain in the last 12 months, with reports indicating that UK companies such as Rolls-Royce have scaled back their involvement with local companies over concerns about sharing sensitive data.

So, while the unveiling was meant to represent a bright future for what is a promising domestic aerospace industry, political events elsewhere could cast a shadow over the future of the TF-X.