The US Air Force (USAF) continues to find foreign object debris (FOD) inside the Boeing KC-46A Pegasus in-flight refuelling tanker, including loose material found this week, and it expects to discover objects for the foreseeable future.

FOD found inside new KC-46As delivered to the USAF is a result of cultural problems, said Will Roper, USAF assistant secretary of the air force for acquisition, technology and logistics, at the show. The service is finding tools, rubbish and left-over parts such as loose nuts during inspections, he said.

“It’s a cultural issue,” says Roper. “We are having those cultural dialogues with Boeing. This is not something you fix by sending out a memo, and then there’s no foreign object debris in the airplanes.” 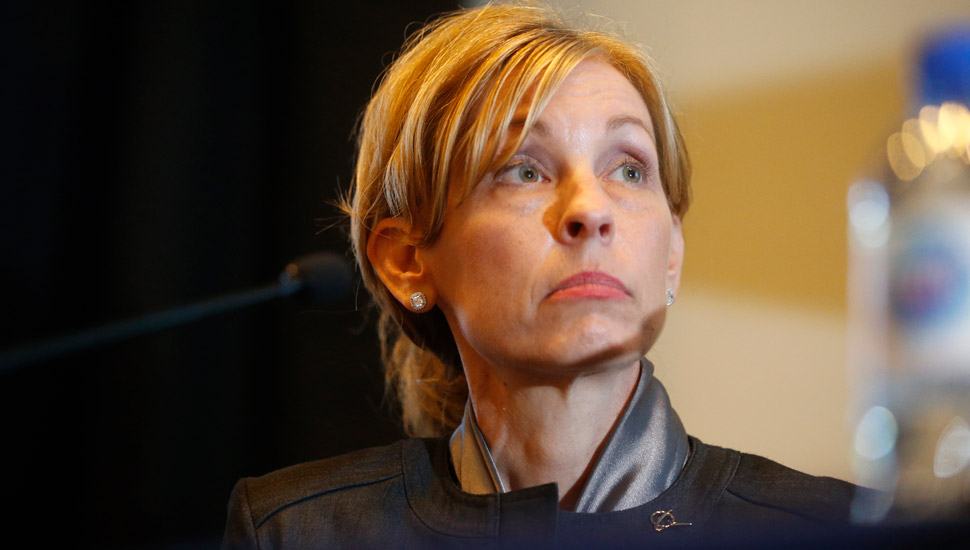 The problem of FOD within the KC-46A is not likely to be fixed soon, he adds.

“Every plane that’s on the line today we expect to have foreign object debris. We expect the same lapse in quality assurance [and] attention in detail with every airplane that is currently on the floor,” said Roper. “As the line moves we want to see the point at which FOD changes, and if the amount changes. If it does then it’s telling us that the quality assurance improvement processes are starting to work. If it doesn’t then it’s going to tell us something very different.”

As a result of additional inspections, the USAF is accepting aircraft at a pace of about one per month – less than the three per month that was planned. Boeing had planned to deliver 36 aircraft to the USAF in 2019, but thus far has delivered just 11 jets, said Roper.

“It’s slowing down deliveries,” said Roper. “We are not going to be pushing for a faster delivery schedule. In a way, that would put the rigour of inspection at risk.”

Despite being slowed down by additional inspections, Boeing believes it can make up ground in the second half of 2019.

“Boeing is focused on providing quality KC-46 aircraft to our air force customer, and remain committed to our goal of 36 deliveries by the end of the year,” the company says.

The USAF believes that Boeing’s quality assurance policies are sound, but says the company is not following its own processes. The service wants to stop FOD from being left behind at all, instead of finding it at the end of the production line.

“We are very happy with the rigour of the inspections that Boeing, the [Defense Contract Management Agency] and the air force do,” says Roper. “They each do inspections. They go through the airplane from tip to tail. If any foreign object debris is found the inspection starts again. That continues until the airplane is clean.”

Boeing has expressed regret to the service, says Matthew Donovan, acting secretary of the USAF.

“I’ve had conversations with senior Boeing leadership and they characterise it as embarrassing,” he says. “They admit that they have some kind of cultural issue.”

For its part, Boeing acknowledges problems.

"The debris and the tools that were left on the KC-46 at the time of its delivery were unacceptable – unacceptable in any form. We took swift decisive action, and we are using this opportunity as our rallying cry to ensure we enhance our tool and FOD control process,” said Leanne Caret, chief executive officer of Boeing Defense, Space & Security, at a separate press conference at the show.

“I personally apologised to our customers, and have given my personal assurances that this will not happen again."