The US Department of Defense is refusing delivery of F-35 Lightning IIs over a dispute with manufacturer Lockheed Martin about who should pay for repair costs to fix a production error found on the aircraft last year.

Last year the Pentagon stopped accepting F-35s for a month after finding corrosion where the carbon fiber exterior panels of the plane were fastened to the airframe. The DOD and Lockheed Martin have found a fix to the corrosion problem, but are reportedly at an impasse over who should pay to fix the F-35s already stationed around the world. 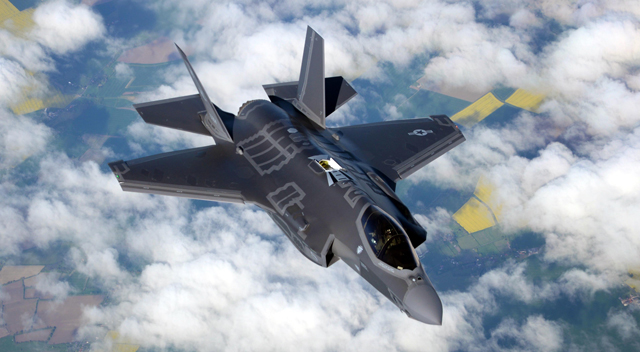 Lockheed Martin confirmed the issue in an email to FlightGlobal.

“Production on the F-35 programme continues and we’re confident we’ll meet our delivery target of 91 aircraft for 2018,” the company said. “While all work in our factories remains active, the F-35 Joint Program Office has temporarily suspended accepting aircraft until we reach an agreement on a contractual issue and we expect this to be resolved soon.”

The JPO, which is responsible for managing the F-35 programme, also acknowledged the issue in an email.

"Per the direction of the program executive officer, F-35 deliveries have been temporarily paused while the government and Lockheed Martin reach an agreement on a contractual issue regarding repair work to remediate the known aircraft fastener hole primer quality escape," JPO said. "This is not a safety of flight issue but rather a contractual resourcing issue that needs to be resolved."

The JPO also halted deliveries for three weeks last year after the problem was discovered, but then allowed deliveries to resume. Lockheed delivered 66 aircraft in 2017, meeting its yearly target.