The French air force has retired the last of its Dassault Mirage 2000Ns, closing a 30-year service life that totalled more than 350,000 flying hours. Three specially liveried examples took part in a ceremony at Istres air base on 21 June to mark the milestone. 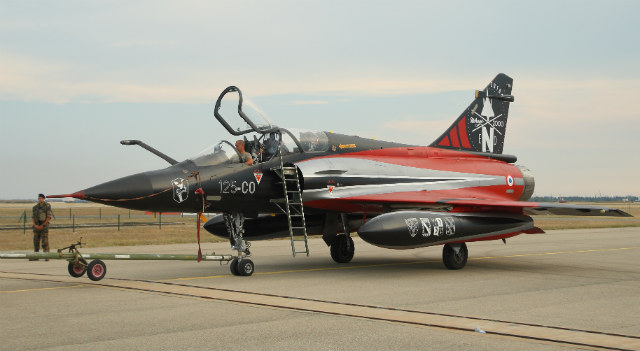 Introduced to operational use from 1988 in the strategic deterrent role, the Mirage 2000N was equipped with MBDA's ASMP nuclear missile, in addition to conventional munitions for air-to-surface strike missions. Paris acquired 75 of the variant, as replacements for the air force's Mirage IVs.

The remaining aircraft will be transferred to Châteaudun air base for use as spare parts to support operations with the French air force's other Mirage 2000 variants, which include the C, D and -5 fighter.