The aircraft are part of a larger purchase from the Royal Australian Air Force of 18 used fighters. The F/A-18 Hornets are meant to help the air force maintain an inventory of flyable fighters until 2031 or 2032, at which time Ottawa aims to replace older aircraft with a new fourth- or fifth-generation fighter.

Australia’s F/A-18 Hornets are similar to Canada’s CF-18s, which the RCAF says allows it to quickly integrate the aircraft into its fleet. Modifications and technical work will begin immediately, so the fighters can be brought to a similar configuration, says Canada’s Department of Nation Defence. The work will be done by Canadian companies and modifications will include the addition of a night vision imaging system, a Martin-Baker-made Navy Aircrew Common Ejection Seat, landing gear modifications and RCAF paint scheme, among other changes. 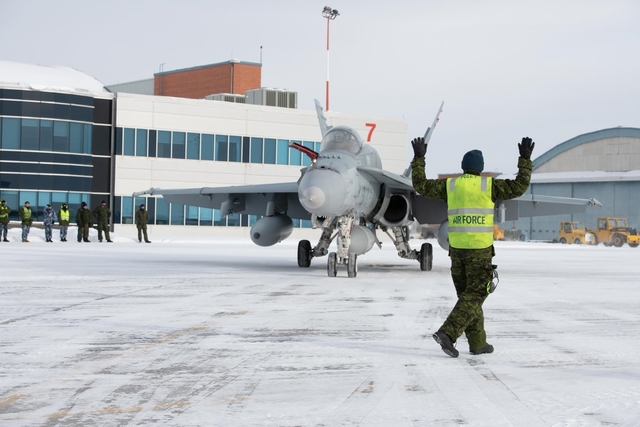 Deliveries of F/A-18 aircraft from Australia will continue at regular intervals for the next three years, and aircraft will be integrated into the CF-18 fleet as modifications are completed. The final aircraft are expected to arrive by the end of 2021, says National Defence. The aircraft will be employed at 3 Wing Bagotville, Quebec and 4 Wing Cold Lake.

The first two aircraft are the F/A-18A model, the single-seat variant. The aircraft were flown to Cold Lake from Nellis Air Force Base, Nevada, where they were participating in US Air Force-run Exercise Red Flag, an air-to-air combat training exercise.

The RCAF plans to continue to make modifications and maintain its current CF-18 fleet until the air force transitions to a future fighter, says National Defence. A review of combat capability improvements is currently underway. 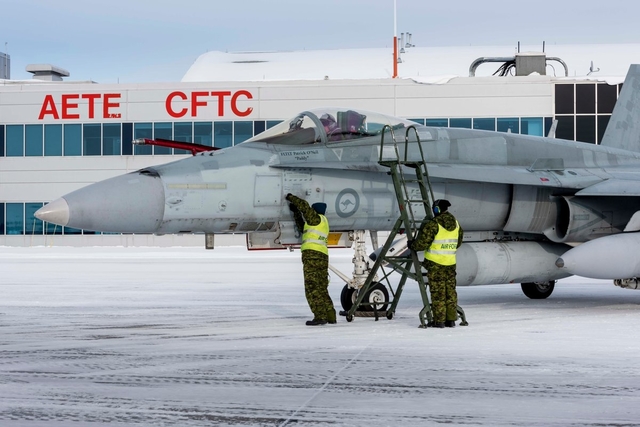 National Defence says the formal request for proposals for the future fourth- or fifth-generation fighter fleet is expected to be released in spring 2019, with a contract award in 2021-2022, and deliveries to begin in 2025.

In a notice posted online in October 2018, the Canadian government listed five suppliers eligible to replace its fighter fleet with 88 advanced jets: Dassault Aviation, maker of the Rafale; Saab, maker of the JAS 39 Gripen; Airbus Defense, a major partner in the Eurofighter joint venture, which makes the Typhoon; Lockheed Martin, maker of the F-16 and F-35; and Boeing, maker of the F/A-18 Super Hornet and F-15E Strike Eagle. Only these five will be allowed to submit proposals. 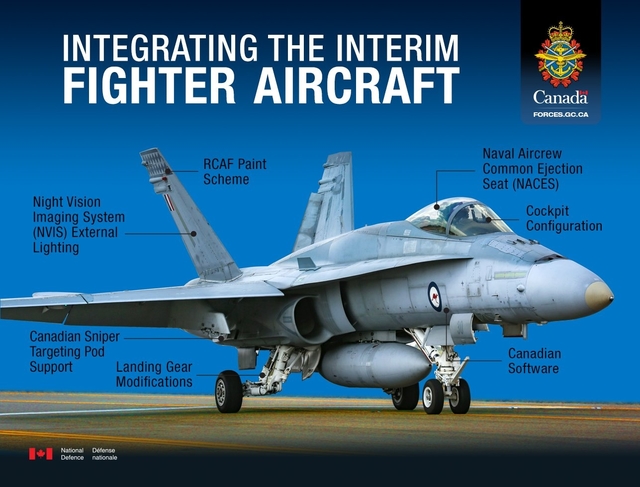