The US Navy marked retirement of its last legacy McDonnell Douglas F/A-18 Hornet fleet in a fly-over ceremony at sunset on 1 February at Naval Air Station Oceania in Virginia Beach, Virginia.

The Blue Blasters of Strike Fighter Squadron (VFA) 34 were the last squadron in the USN flying the Hornet, most recently aboard aircraft carrier USS Carl Vinson during freedom of navigation patrols in the South China Sea in 2018, says the USN. The legacy F/A-18C Hornet is being replaced by the Boeing F/A-18 Block III Super Hornet, including the single-seat E model and the two-seat F model.

The twin-engined Hornet was based on the Northrop YF-17 design submitted for the US Air Force’s Lightweight Fighter programme in the 1970s. It lost out to General Dynamics’s YF-16 – later developed into the F-16 Fighting Falcon – in 1975. However, a few months after that decision the USN announced that it would buy a navy version of the aircraft, jointly developed by McDonnell Douglas and Northrop, which would become the F/A-18 Hornet.

The Hornet replaced the Vietnam-era F-4 Phantom and A-7 Corsair II. The first F/A-18A aircraft completed its first flight in 1978 and was approved for full rate production in 1983, says the USN. Boeing acquired the programme in 1997 when it merged with McDonnell Douglas.

The aircraft's first combat mission was in 1986 during Operation El Dorado Canyon, the US bombing of Libya. The USN says it also served in every major US military operation since, including the 1991 Gulf War, the 2001 War in Afghanistan, the 2003 invasion of Iraqi, Enduring Freedom, Iraqi Freedom and the 2014 US operation against the Islamic State of Iraq and Syria. 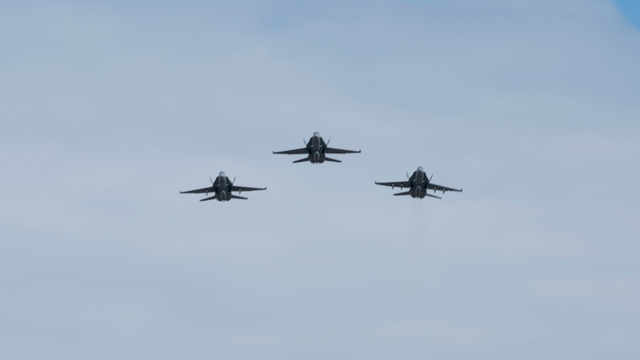 “Born more than 40 years ago, the Hornet entered operational service for the US Navy in 1984 and for the next 35 years she proudly served the nation from the flight deck of aircraft carriers in all the seas across the globe,” said William Mathis, commanding officer of VFA-34, at the retirement ceremony. “The Hornet is known as many things: legacy, highly reliable, multi-role attack fighter… but to us, she will always be an old friend. The Hornet will continue to serve with the Marine Corps and Navy support units but for the operational Navy, it is time to say goodbye.”

The USN’s demonstration squadron, the Blue Angels, also still fly the classic Hornet, though Boeing was awarded a $17 million contract in August 2018 to convert nine F/A-18E and two F/A-18F aircraft into show aircraft. Those are expected to be finished in December 2021.

And, the F/A-18 Hornet is flown by seven countries outside of the USA, including Australia, Canada, Finland, Kuwait, Malaysia, Spain and Switzerland, says the USN. A total of 1,503 F/A-18A-D Hornets were produced for the USA and international customers. 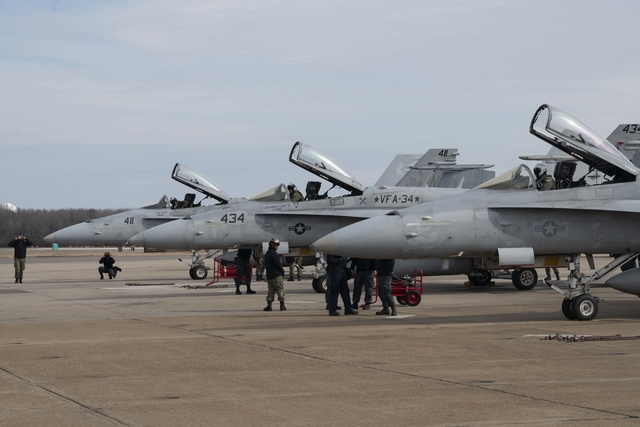 The Boeing F/A-18 Block III Super Hornet is based on the legacy Hornet, but is larger and has a number of upgrades. The Super Hornet is about 1.2m (4ft) longer and 1.2m wider than its predecessor, with a wingspan of 13.68m and a length of 18.5m.

Its combat range is increased by about 17% to 1,275nm (2,346km) using conformal fuel tanks mounted on its shoulders, which carry 3,500lb of fuel and have reduced drag compared to fuel pods mounted under the aircraft. The cockpit has a 25.4cm x 48.3cm touchscreen display to help the pilot track and aim at multiple long range targets, as well as an enhanced network infrastructure that allows the aircraft to share greater volumes of data. And, the airframe is rated for 9,000h of flight, a 3,000h improvement.