Omega Air took delivery of the first of two KDC-10 aircraft in San Antonio, Texas that it bought from the Royal Netherlands Air Force (RNLAF) on 4 November.

Omega Air took delivery of the first of two McDonnell Douglas KDC-10 tankers in San Antonio, Texas that it bought from the Royal Netherlands Air Force (RNLAF) on 4 November.

The KDC-10 is the first aircraft that Omega owns with a refuelling boom, the company says on 22 November.

Omega says the aircraft, T-264, will be registered as N264DE. The aircraft is based on a three-engined DC-10 airliner. It was modified into a boom-equipped aerial refueling tanker before beginning service with the RNLAF fleet in 1995. 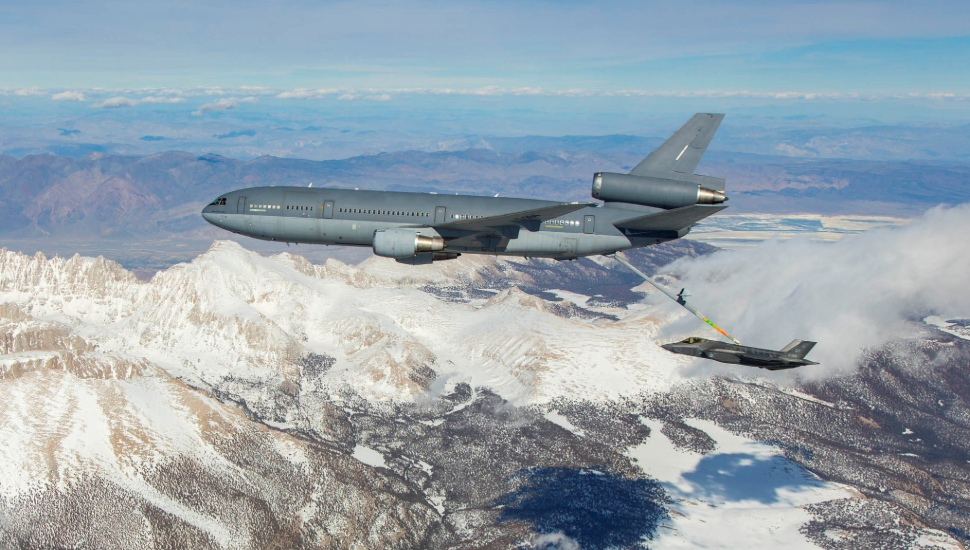 The delivery of the first KDC-10 is part of a two-aircraft deal with the RNLAF that was closed this fall. Omega did not disclose when it would receive the second tanker or the value of the sale.

“The addition of these KDC-10 tankers, along with their boom capability, will give Omega the capability to potentially refuel every operative type of aircraft in US military inventory,” the company says.

In addition to the new aircraft, Omega has two Boeing KC-707s and one McDonnell Douglas KDC-10 in its inventory. However, those aircraft only have hose-and-drogue refuelling equipment. The company needs a tanker with a refuelling boom to refuel US Air Force (USAF) aircraft.

Omega told FlightGlobal in December 2018 that it was considering buying new aircraft and pulling old ones out of storage in order to meet the US Air Force’s (USAF) interest in adding commercial tanker services.

The United States Transportation Command said in a request for information in June 2018 that it had 20,000-30,000h annually not supported by its fleet of aerial refueling tankers or contracted commercial services. The command floated the idea of contracting additional commercial aerial refuelling services to meet that need.

In response, Lockheed Martin and Airbus also announced in December 2018 that they would team up to offer tanker services to the USAF.