“Development of working design documentation is complete, material shipping has commenced,” according to a source in the “military-industrial complex”, says Russian government-controlled news agency TASS on 26 May. 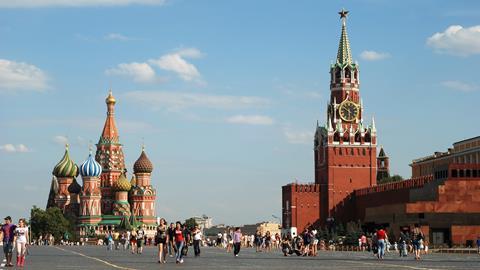 Production of the PAK DA airframe is to be handled by United Aircraft, while the aircraft was designed by the Tupolev design bureau.

TASS says a source told it that construction of the aircraft’s cockpit has also begun. “The final assembly of the entire machine should be complete in 2021,” its source adds.

The addition of a stealth bomber would strengthen Russia’s nuclear triad. The nuclear triad is a strategy employed by Washington and Moscow that gives each country three options for launching nuclear attacks: aircraft, submarines and ballistic missiles.

While Russia has aircraft capable of launching nuclear-tipped cruise missiles, the country lacks a stealth bomber. The USA has a fleet of 20 Northrop Grumman B-2s. The type is a flying wing design: an airframe shape that makes it more difficult to detect on radar. The aircraft also sports a radar-absorbent coating.

Russia appears to be going with a similar airframe design, though publicly available renderings of the stealth bomber are difficult to verify.

“It is known that the PAK DA is designed using the flying wing scheme. The machine will feature technologies and materials that reduce its radar visibility (stealth technology),” says TASS. “The plane will be subsonic, and will be able to carry current and future cruise missiles, precision bombs and hypersonic weapons, it will be provided with the newest communications and jamming equipment.”