Secretary of US Air Force Heather Wilson to resign

Secretary of the US Air Force Heather Wilson plans to resign on 31 May and become president of the University of Texas at El Paso.

Wilson is President Donald Trump’s first Secretary of the Air Force and was rumoured to be considered for Secretary of Defense, a position which came open in December after Secretary James Mattis retired. The White House has yet to nominate someone for the role, so former Deputy Secretary of Defense Patrick Shanahan is serving as the acting official. 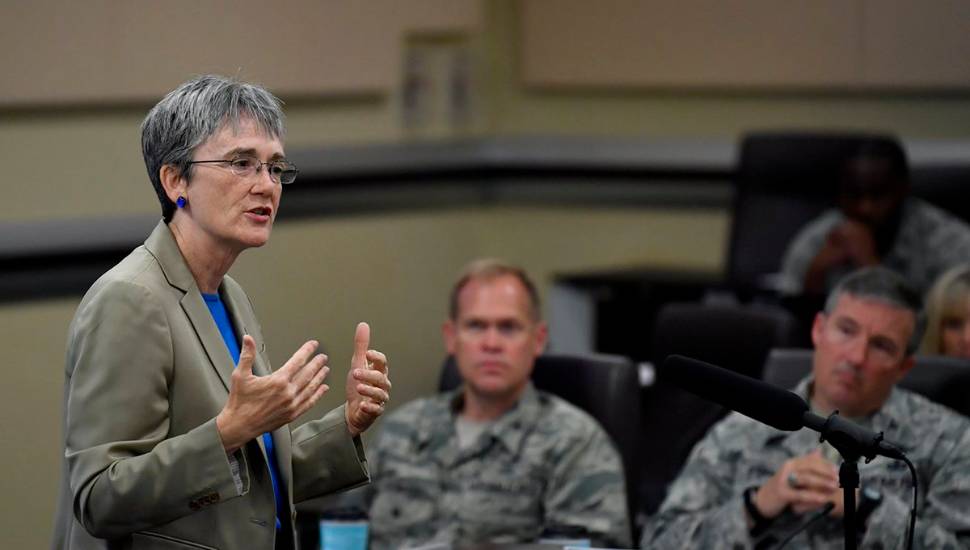 Secretary of the US Air Force Heather Wilson

Prior to becoming Secretary of the Air Force, Wilson was a congressional representative for New Mexico’s 1st congressional district between 1999 and 2008. Before that, she was an officer in the USAF from 1982 to 1989. She graduated in 1982 from the US Air Force Academy in the third class to include women cadets.

“Today I informed the President I will resign as Secretary of the Air Force to be President of the University of Texas at El Paso,” says Wilson. “It has been a privilege to serve with our Airmen—I am proud of the progress we have made to restore the readiness & lethality of USAF.”

In the hours after the Secretary's tweet, the Pentagon and USAF were publicly silent about the resignation, issuing no separate announcements.

President Trump tweeted his thanks to Wilson a couple of hours after her announcement.

"Congratulations to Heather Wilson, who is the sole finalist to become the next President of University of Texas at El Paso effective September 1, 2019," he says. "Heather has done an absolutely fantastic job as Secretary of the Air Force, and I know she will be equally great in the very important world of higher education. A strong thank you to Heather for her service."

The White House did not immediately respond to requests for comment on who would be nominated to replace Wilson.The USAF acknowledged the secretary's resignation, but did not respond to a question about who would replace her or who could become the acting secretary of the USAF in the meanwhile.

During Wilson’s tenure she was responsible for increasing the readiness of USAF aircraft, reducing the cost of the Lockheed Martin F-35 Lightning II stealth fighter and taking delivery of the first Boeing KC-46A Pegasus air tankers, as well as executing a National Defense Strategy that increasingly prioritises building defences against so-called Great Powers, such as China and Russia.