Designated “A1”, the prototype is one of four that will be produced for ground and flight tests.

Previously named the XT-5 “Blue Magpie,” the program is a joint collaboration between the state-owned National Chung-Shan Institute of Science and Technology (NCSIST), the Republic of China Air Force (ROCAF) and AIDC. 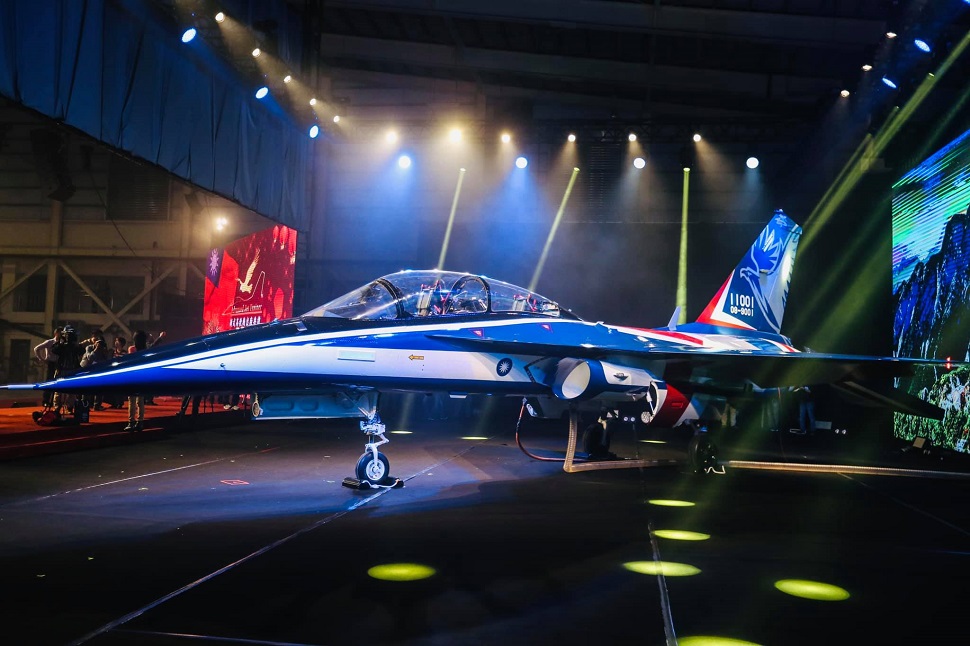 The trainer is based on the F-CK-1 fighter

The contract to develop the trainer was first signed between the government and NCSIST on 7 February 2017 at a cost of US$2.2 billion. The first flight is slated for June 2020 with limited production beginning in November 2021. The project ultimately aims to produce 66 aircraft over a six-year period, replacing the AIDC AT-3 and Northrop F-5E/F which are utilised as advanced trainers and lead-in fighter trainers (LIFT) respectively.

The Brave Eagle design is based on the twin-seater version of the AIDC F-CK-1 Ching-Kuo Indigenous Defence Fighter (IDF), but with the incorporation of 80% new components.

Among changes are the increased use of composite materials to reduce weight, greater fuel capacity, a different wing profile for slower, more stable low-level flight, removal of the gun, as well as the use of the non-afterburning Honeywell/ITEC F124-200TW.

It is understood that local company Pyras Technology has been contracted to supply the radar and communications antenna fit. Development of the Ground-Based Training System (GBTS) has been led by NCSIST, comprising flight training devices, full-mission simulators and mission-planning and debriefing systems.

The Brave Eagle is the cornerstone of President Tsai administration’s policy to boost development of homegrown defence systems in order to increase self-sufficiency and reliance in its defence efforts.

“Since the development of the IDF, our fighter development knowledge has steadily atrophied due to a lack of investment by the Defence Ministry,” she says. “Hence we have decided to pursue the local development of the Advanced Jet Trainer to provide a boost to our defence industry”.